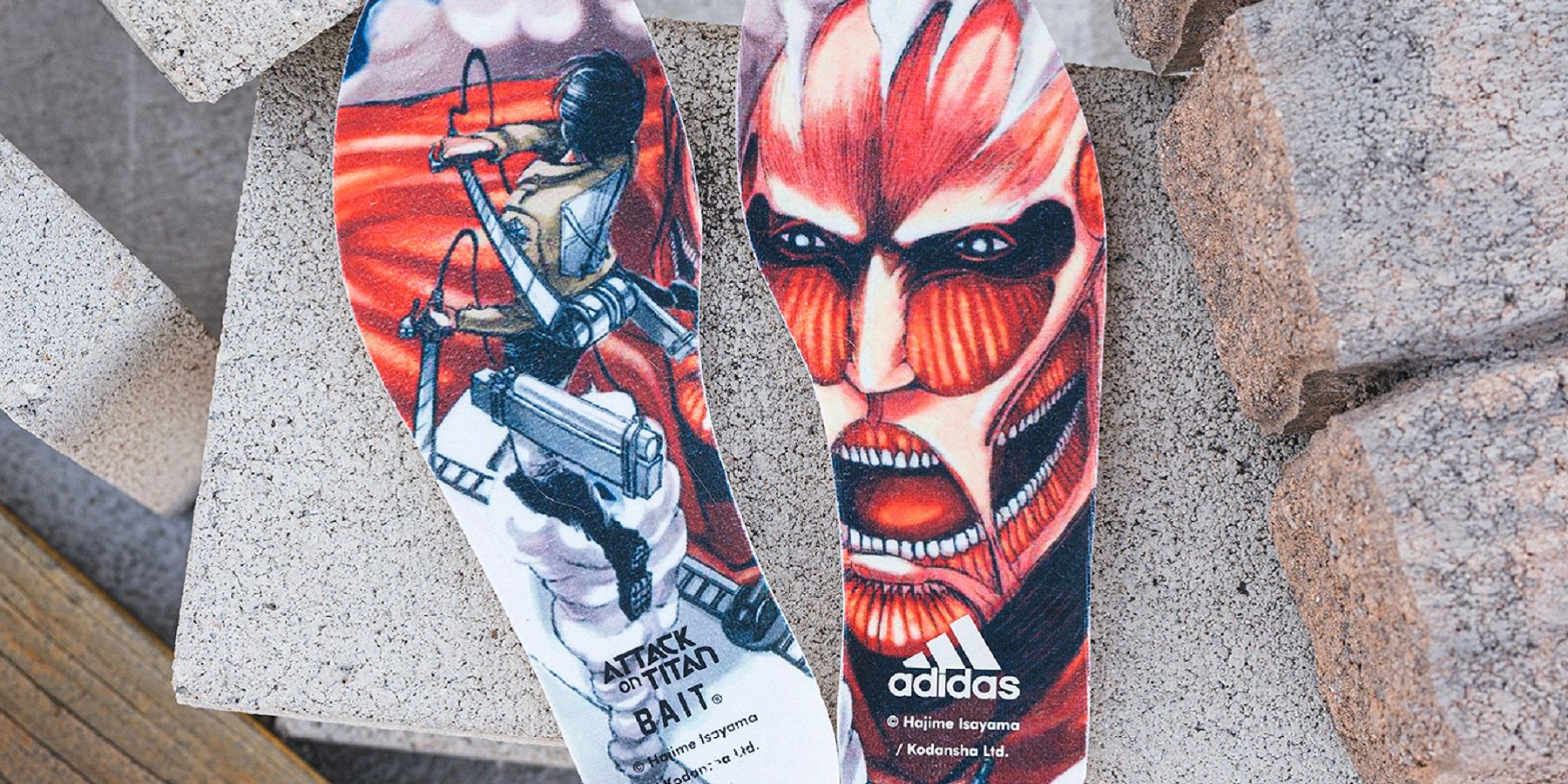 Addidas has teamed up with retailer BAIT to celebrate the long-running anime.

Retail store BAIT is collaborating with sportswear giant Adidas to create The attack of the Titans clothes. This collection was introduced to commemorate the end of Attack on Titan: The Final Season, Part 2. The anime has swept the world over the years and with the end of the series, fans now have a new collection of shoes, shirts and more.

Attack on Titan: The Final Season Part 2 recently wrapped its run, followed by the announcement that a third and final part that will conclude the long-running anime series will air sometime in 2023.

GAMER VIDEO OF THE DAY

RELATED: Attack on Titan: characters who died for nothing

The centerpiece of the BAIT x Adidas are the Adidas Consortium UltraBOOST running shoes, which are designed to pay homage to the Colossal Titan. The shoe’s predominant brown color mimics this titan’s flesh, with bone white detailing and laces to represent the bone seen on the Colossal Titan’s body.

The sole of the show depicts Eren’s fight against the Colossal Titan. Buyers will also receive a The attack of the Titans themed tote bag with their purchase. The shoes will sell for US$220 and will be sold on a first-come, first-served basis at all BAIT stores in the United States.

In addition to shoes, other clothing items will also be available. Fleece hoodies and t-shirts will be sold with prints of scenes from the original manga. Hats will be on sale to promote the Colossal Titan theme of the shoes. It looks like the collection will sell clothes for both men and women. A skateboard deck is also part of the collection, its design staying true to the Colossal Titan inspiration.