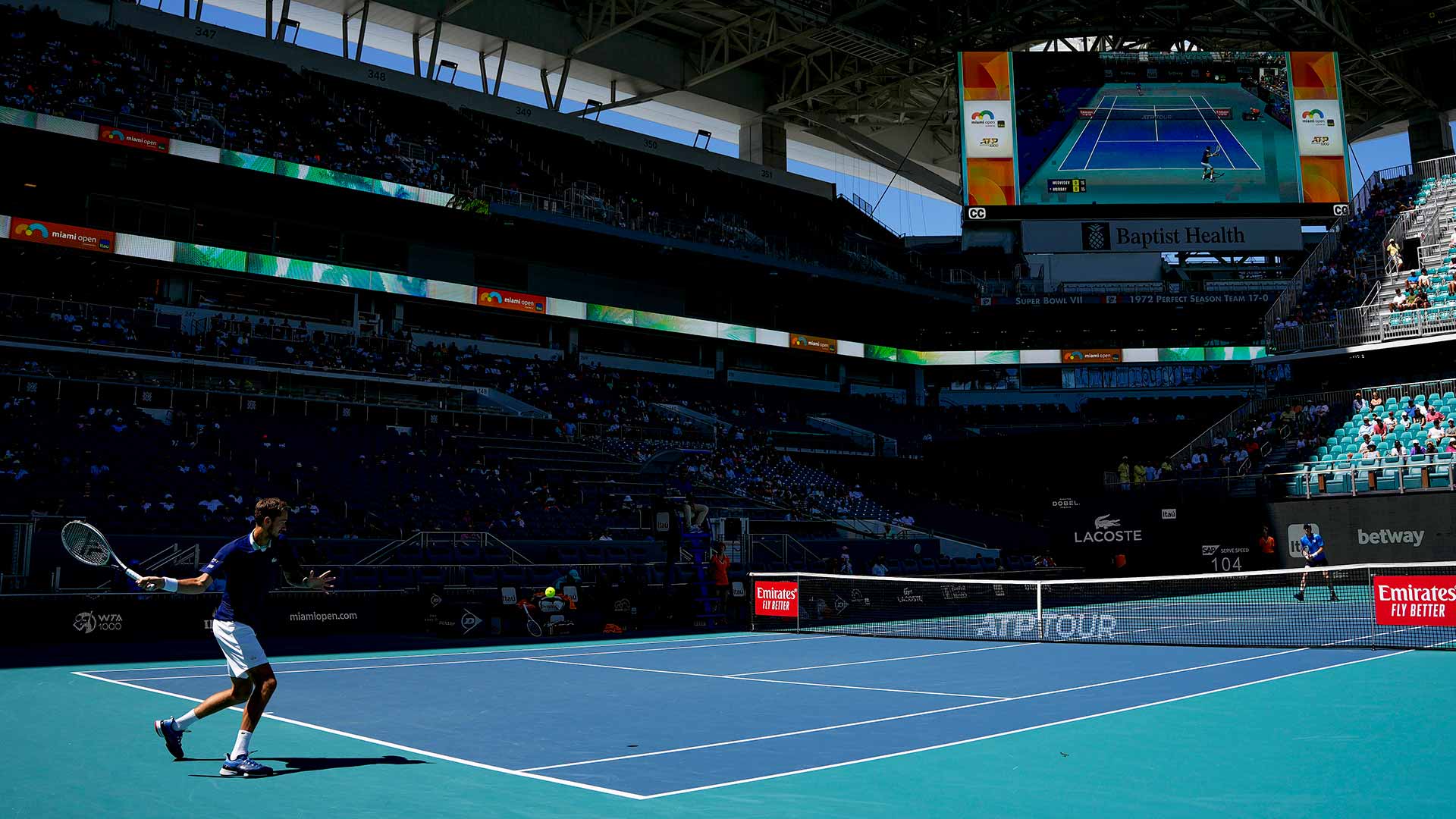 So far, we’ve accepted that attacking play is usually rewarded with a win. A new tool now allows us to prove the thesis and drill down to better explain the story.

Tennis Data Innovations, established in 2020 to enrich fans’ enjoyment and understanding of tennis through data, is launching a new metric called Balance of Power, which shows the percentage of strokes played in attack, neutral and defense by both players.

The metric debuted Saturday at the Miami Open presented by Itau via ATP Media’s World Feed broadcast. And it made it clear that Daniil Medvedev was in control of the balance of power in his convincing 6-4, 6-2 victory over Andy Murray, with a solid six percentage point advantage (24% against 18%).

And here’s a headline-grabbing statistic for fans, players and coaches that new data reveals: A player who spends more time on offense wins 68% of games.

The BOP metric is dynamically calculated with every shot by proprietary software that analyzes a range of data points, including:

On average, ATP Tour players spend 22% of their time in attack, 22% in defense and 56% in neutral positions. If a player can shift the BOP by just two percentage points in their favor (eg 25% versus 23% for their opponent), their chance of winning the match is 64%.

If the BOP power differential reaches eight percentage points or more, a player’s chance of winning the match increases to 72%

Balance of Power is just the first of several new data points that TDI will unveil in the coming months. The next rollout will be a deeper dive into Balance of Power, measuring the ratio of points earned from offensive and defensive positions.

Burn victim says her attacker had an accomplice