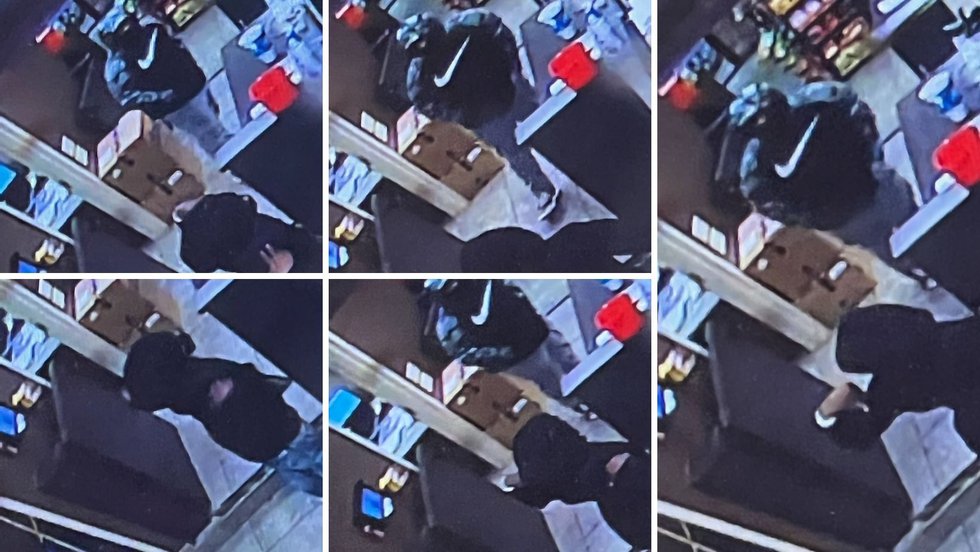 CHAFFEE, Mo. (KFVS) – Police are looking for two suspects after a convenience store was robbed at gunpoint just before midnight on Monday, April 11.

It was at the Rhodes 101 Convenience Store on State Highway 77.

According to police, the clerk entered the back room briefly and when he came out he was confronted by the two men.

They said the two men had a dark colored gun and asked the clerk to open the register.

The suspects took an undisclosed amount of cash from the cash register and ran south from the store.

The first suspect is described as being in his late teens or early twenties, burly and 5ft 10in or 5ft 11in tall. He wore light-colored cargo pants, a Nike hoodie with black and gray camo sleeves, and black and white tennis shoes.

The second suspect is described as being in his late teens or early twenties, slender in build and 5ft 7in or 5ft 8in tall. He was wearing light-colored skinny jeans with holes in the front, a black-colored hoodie, and what appeared to be a white-colored watch.

Anyone with information is asked to call the Chaffee Police Department at 573-887-6911.

The science behind Nike LeBron 19 and Anta KT7