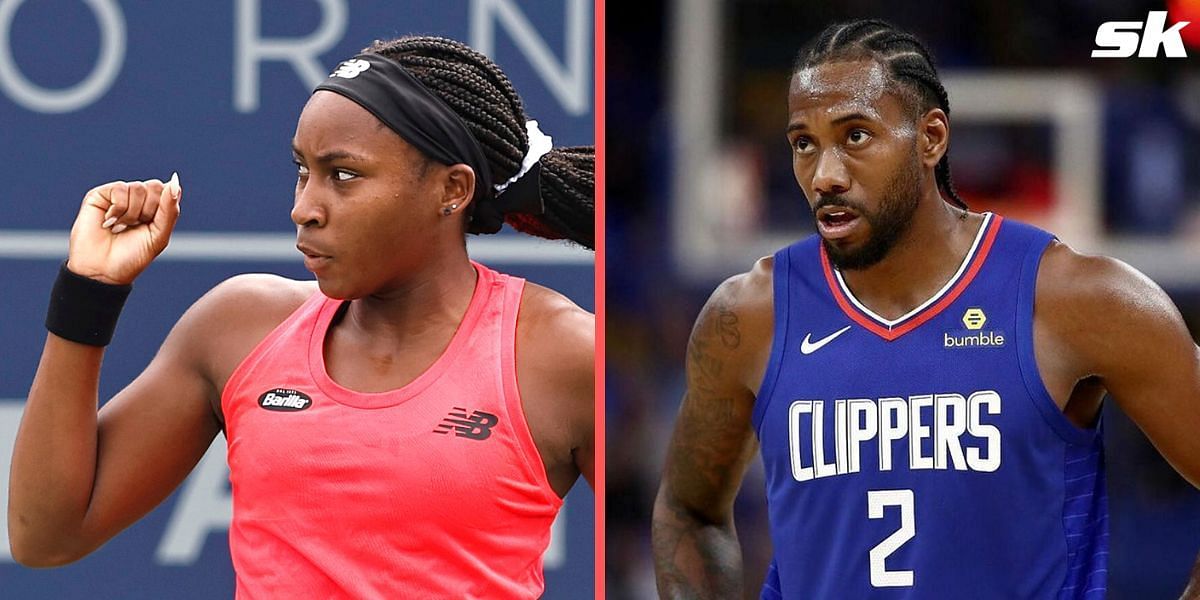 The 18-year-old shared a photo on social media of Leonard wearing the off-white sneaker and wrote:

Leonard was at the Crypto.com Arena to see the LA Clippers lock horns with the LA Lakers. The 31-year-old is currently sidelined with a knee injury.

Incidentally, Gauff shared a celebrity moment with the LA Clippers player in 2019 when she attended a game against the Toronto Raptors. Leonard was playing for the Raptors at the time and Gauff took to Instagram that day to share her joy at meeting him.

“I met a pretty funny guy tonight,” she captioned her post.

Gauff signed her first contract with New Balance in 2018 when she was just 14 years old. Four years later, she signed a long-term extension with the brand. In remembrance of the extended partnership, New Balance launched a new colorway for the already available Coco CG1 performance tennis shoes on November 3.

Coco Gauff lost to World No. 47 Katerina Siniakova as Team USA was eliminated from the Billie Jean King Cup. The Czech Republic edged the Americans 2-1 on Friday to book a place in the semi-finals.

After recording wins in their opening matches against Poland, both sides played out a virtual quarter-final at the Emirates Arena in Glasgow, with the team that won guaranteed a place in the next round.

While the doubles match was in favor of Gauff’s side, they had to suffer defeats in both of their singles matches. The 18-year-old lost in straight sets to Katerina Siniakova. In the other singles match, Marketa Vondrousova defeated Danielle Collins. The doubles match saw Madison Keys and Taylor Townsend get the better of Pliskova and Karolina Muchova.

The Czech Republic will now face Group A Switzerland in the semi-finals on November 12.

Who controls the house? NY and NJ Suburb Races can tip the balance of power –…