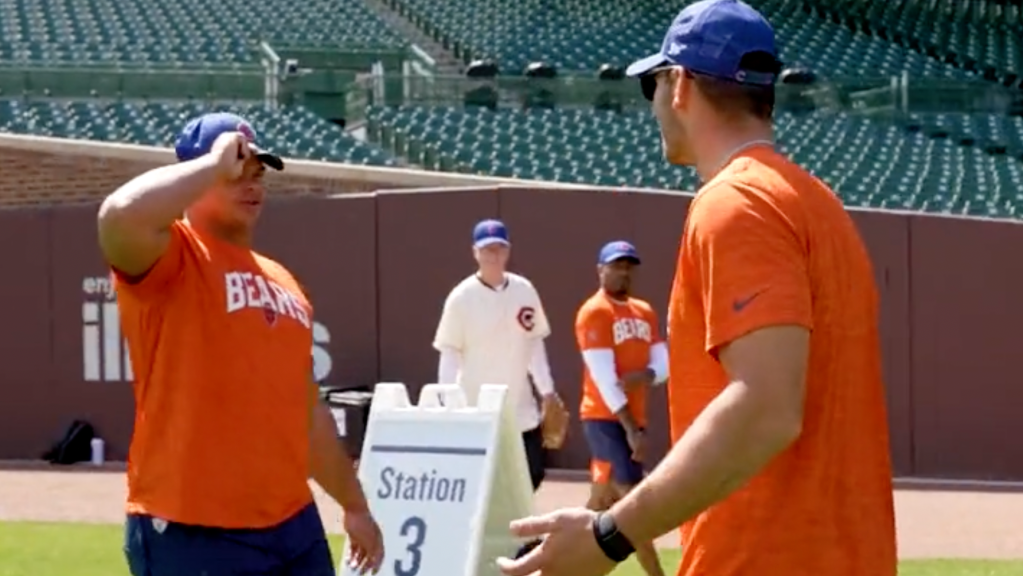 During a team visit to Wrigley Field this week, Justin Fields smashing dingers all around wasn’t the only remarkable thing the Bears did.

As the team members took to the field for all their organized festivities, Cole Kmet and Sam Mustipher were embroiled in a debate over the hyper-regional name:

Also no. (Does anyone really call them tennis shoes?)

No, but let’s be honest, these two are equal!

In this case, the pair of bears set out to find out if the “cornhole” cookout/barbecue/outdoor party game is actually called “bags.” The resulting conversation was just hilarious:

Mustipher raises a good point. Networks like ESPN call the game “cornhole” because, technically, that’s what the game has been called since its original inception – according to my extensive Wikipedia research.

That said, as a Chicago native, I can’t help but agree with the fellow Chicago native at Kmet. ESPN is ESPN; let them do what they want. Kmet and I play alone to correct rules here, and it’s absolutely called “bags”.

Sorry to be the bearers of bad news with appropriate language, everyone!

A closer look at the Adidas Adilette Slide 22