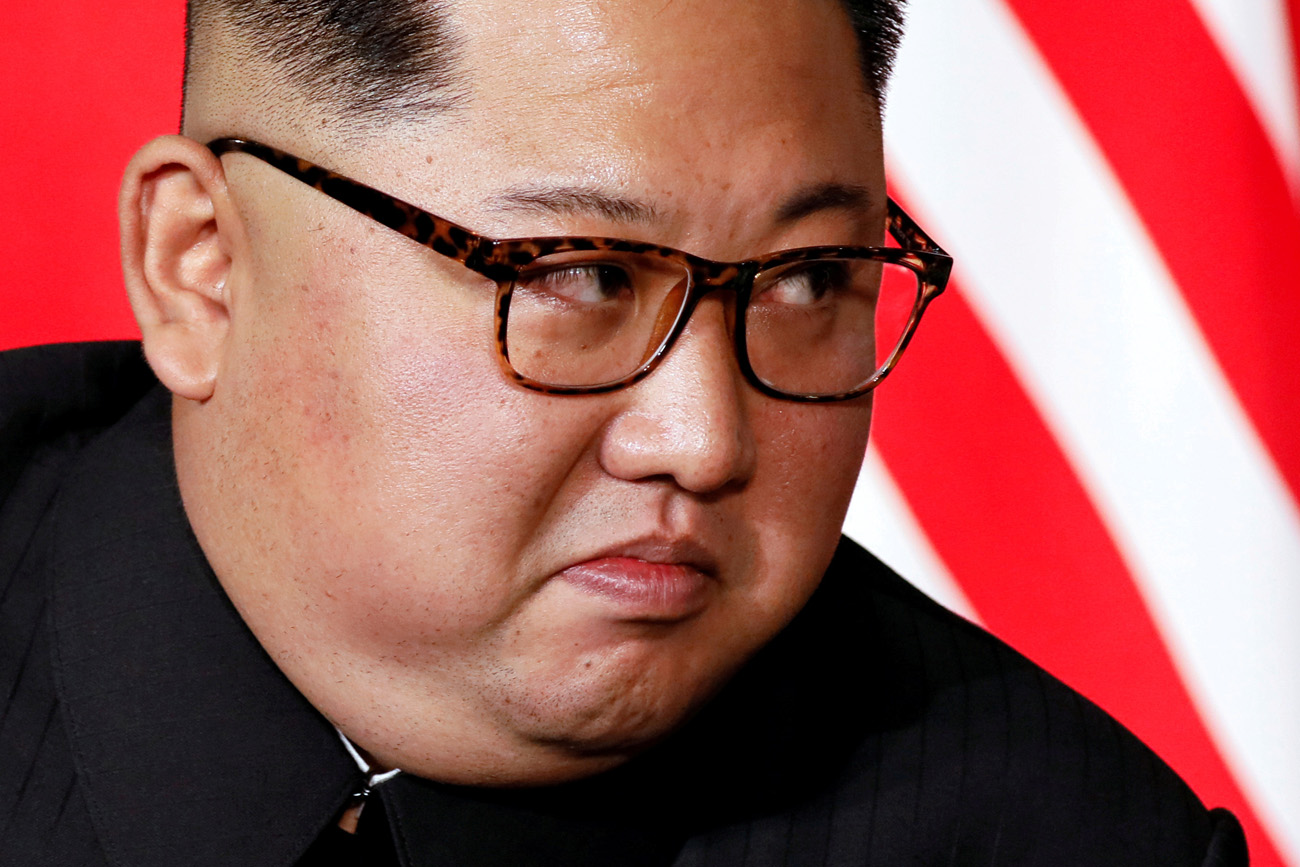 Could North Korea see a shift in its balance of power?

Kim Jong-un diverged from his father and grandfather in many ways. Perhaps most important is his very public commitment to improving the standard of living of his people and his failure to sustain the economic growth that had occurred.

Three years ago, he declared that the North had acquired its deterrence and that he would therefore concentrate on economic policy. By abandoning his Byungjin policy, that is, parallel military and economic development, Kim took a political risk.

“This makes it more vulnerable to economic crises than its predecessors,” German economist Ruediger Frank said.

Fear of losing ground may have fueled his latest political changes.

The Democratic People’s Republic of Korea (DPRK) has become an unusual consumer society. In 2017, there were more colors, styles and products in Pyongyang. But times have changed. Frank, a professor who teaches East Asian economics at the University of Vienna, detailed the new North Korea.

“For two decades now, consumerism has taken hold in the country,” Frank said. “Cars, smartphones, e-bikes, flat-screen TVs, fashion and fine food and cafes are all available. North Korea’s more than four hundred markets and even state-owned stores and stores are filled with a wide variety of premium products. A society that has long been economically largely homogeneous, and where differences between individuals existed due to political merits such as party membership or political loopholes such as family ties to South Korea, is becoming more diverse. The divide is spreading along new monetary lines: some can afford the new luxury, others cannot. The new middle class is concentrated in Pyongyang but is also spreading to the provincial capitals.

These gains are now highly threatened and have an uncertain impact on Kim’s grip on power.

Kim’s economic reforms never went far enough. Three years ago, Frank insisted that if the supreme leader “is to remain in power and achieve Korean unification under his leadership, he will have to succeed in making North Korea the next Asian tiger in Asia.” Is. However, achieving such an ambitious goal will be impossible without decisive steps towards privatization. These conditions never happened. There has been real liberalization, but it falls far short of the changes that have transformed South Korea, Taiwan and China.

Worse, Kim has since retreated. When the Workers’ Party of Korea met in January, NKNews found “no apparent interest in reform, easing sanctions or opening up the economy.” In fact, “entrepreneurial freedoms are restricted. State media and party economists have returned to the old familiar rhetoric of autarky and central control, ”according to The Economist.

Equally serious is the role of sanctions. Kim’s stated emphasis on the economy could have been a signal to the Trump administration as well as to his own people: I feel safe and ready to deal. His Hanoi proposal, however unbalanced, showed the way forward and should have served as a basis for negotiation: cuts in North Korea’s nuclear activities in exchange for reductions in sanctions.

Sadly, this approach has failed. Last year, Kim appeared to publicly abandon any effort to engage the Trump administration. He told leaders of the Korean Workers’ Party that “the stalemate between the DPRK and the United States, which has lasted for generations, has now reduced to a clear stalemate between autonomy and sanctions.” In which case, his position should come as no surprise to anyone. “We can never sell our dignity, which we have so far championed as something as precious as our own lives, in the hope of a brilliant transformation,” Kim said empathetically.

This change in attitude may explain Kim’s apparent reluctance to engage the Biden administration. He may have become pessimistic about the likelihood of reaching an agreement with any US administration. He might think Biden will be a single-term president and therefore couldn’t count on him to uphold any deal he makes. Or he might believe there is a need to improve his influence by establishing that he is not eager to make a deal. In any case, the sanctions are expected to remain in place for the foreseeable future.

Completing the negative economic trifecta is North Korea’s response to the coronavirus. Last year, the DPRK effectively sanctioned itself, resulting in greater isolation than that caused by external restrictions. For example, “North Korea appears to be heading down a path of unprecedented new levels of isolationism,” according to Daminov Ildar of Visionary Analytics.

It may sound like an extreme policy, but the North lacks a modern medical infrastructure. As a result, Ildar suggested, “shutting itself off from the outside world was the only rational choice the North Korean government had.” Even if it does, it has had a devastating economic impact.

In April, Kim told another group of party leaders that “I have made the decision to ask WPK organizations at all levels, including its central committee and cell secretaries from across the party, to lead. another more difficult “strenuous march” in order to relieve our people of even a little difficulty. Its reference to a “hard march” is disturbing as it is most often used to describe the famine of the 1990s that is said to have killed at least half a million people. He called on the party to act.

On top of that, there was an unspecified “great crisis” involving the coronavirus pandemic, but apparently not an epidemic. Kim’s anger seemed focused on the military. Now comes confirmation that Army Marshal and Politburo member Ri Pyong-chol has been removed from the latter panel, despite retaining a position or authority. A civilian member of the Politburo was also demoted. The interesting question is whether these moves were primarily personal or had a broader institutional purpose. Some experts, like CNA’s Ken Gause, say the military has been “pushed down the ladder” and “Kim has tightened his inner circle around a group of technocrats and internal security personnel.”

The leadership of the North seems to be constantly rotating – even Kim’s sister has been added and removed from the Politburo for reasons unknown. The “great crisis” could also have provided a good opportunity for Kim to do what he intended to do before, such as strengthening civilian control over the military. His father emphasized a primarily military policy and reinforced the role of the National Defense Commission. Kim son changed both.

None of this indicates that Kim suddenly became a pacifist. In his June festive speech, he presented his Christmas wish list six months earlier. the New York Times reported that Kim “offered an unusually detailed list of weapons the North was developing. They included” state-of-the-art tactical nuclear weapons, “hypersonic hover warheads,” “multi-warhead” missiles, military reconnaissance satellites. , a nuclear-powered submarine and intercontinental ballistic missiles launched by land and submarine that use solid fuel. Rodong Sinmun explained in more detail this approach. “Reality shows that in order to deter US military threats and achieve peace and prosperity on the Korean Peninsula, we must strengthen our national defense capabilities without stopping for even a moment,” the statement said. . Rodong Sinmun.

However, Kim may believe that his continued support for the military’s desired armaments and the oversight of senior officials is enough to secure the loyalty of the armed forces without representation at the top of the government. Perhaps Kim limited the military’s political influence to more easily reduce military spending to help deal with the emerging economic emergency. Or maybe he just believed Ri Pyong-chol had done a bad job and needed to be replaced. It is doubtful that anyone other than a few elected officials in Pyongyang knows the answers.

Experience suggests that what we are seeing is just a blip, that the North Korean state will survive even another ‘hard march’. But maybe not. In February 1989, West German politician Wolfgang Schaeuble proclaimed that belief in the potential of German reunification was “illusory.” Nine months later, the Berlin Wall fell.

Winston Churchill once described Russia as “an enigma shrouded in mystery within an enigma; but maybe there is a key. The same could be said of North Korea, except that there is still no key, although the system has become a little less mysterious in recent years.

There appears to be a political movement in the North, most likely spurred by a deteriorating economy. However, anything could happen. Even though the Biden administration does not speak in Pyongyang, it should monitor Pyongyang.

Doug Bandow is a Principal Investigator at the Cato Institute. Former Special Assistant to President Ronald Reagan, he is the author of several books, including Tripwire: Korean-US Foreign Policy in a Changing World and co-author of The Korean conundrum: America’s troubled relations with North and South Korea.

America is finally taking the fight against China in Asia seriously