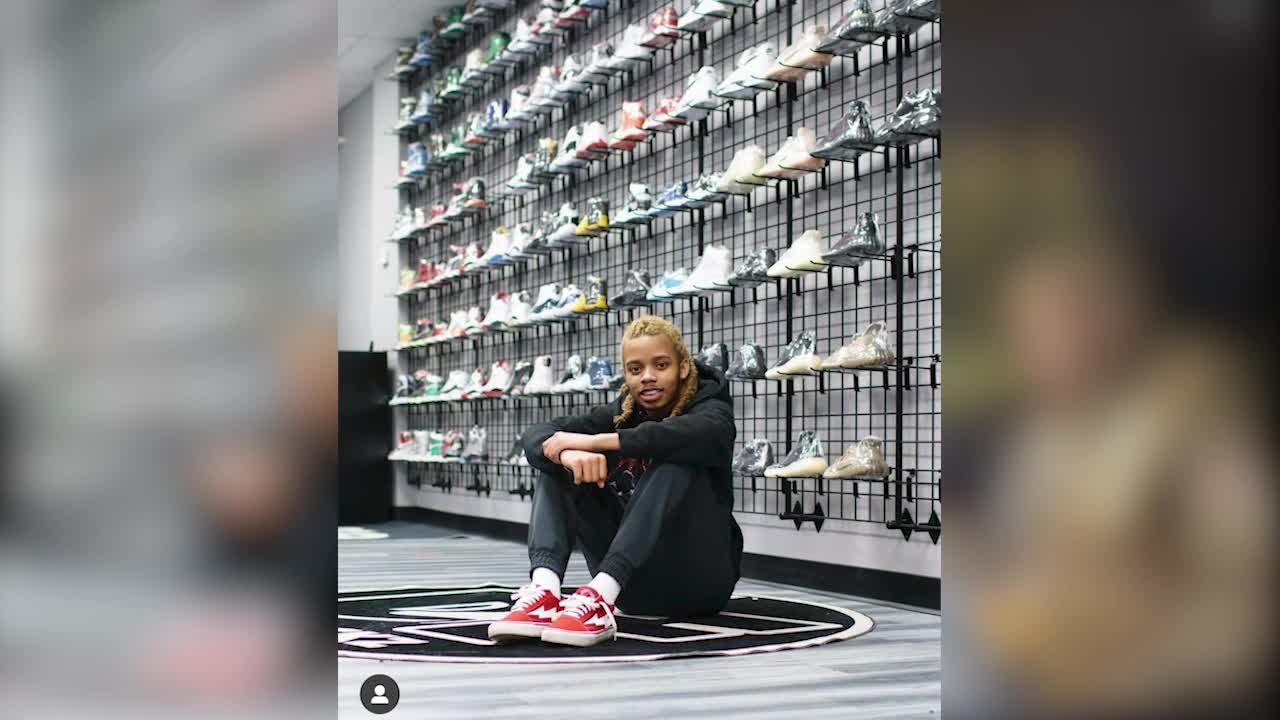 LYNDHURST, Ohio (WJW) — A local family along with police detectives are hoping someone can help identify the shooter who shot a young entrepreneur outside his store on Mother’s Day.

“He is still with us. We are praying for a miracle,” said Tanisha Ferguson, the victim’s mother.

His friends and family pray constantly for his son.

“He didn’t deserve this. Dailyn deserves justice,” his mother said.

In March, Dailyn opened DF Kickz, a store on Mayfield Road in Lyndhurst to sell high-end tennis shoes. It’s a business his mother says he started at home.

Tanisha Ferguson says he asked her to drop by the store on Sunday for Mother’s Day.

“He laughed, he talked, he kissed me, he told me he loved me, he gave me my edible arrangement,” she said.

Around 6:30 p.m., surveillance video shows Dailyn walking towards his car, at the same time his mother is backing up to leave, and another vehicle stops and blocks him.

“When he closed the door, my phone rang and when my cell phone rang, he said ‘Mom, run, run!’ and that’s when shots started being fired,” she said.

Lyndhurst Police said the suspect vehicle was a 2008 Volkswagen Jetta with registration HBG-7262. They say it is blue with heavily tinted windows on all sides and was stolen in Warrensville Heights on May 1.

“My three-year-old said, ‘Did Dailyn just get shot?’ and my daughter Shamari said ‘Has Dailyn been killed?’ and I just came back…in the parking lot and opened his car door and dialed 911,” Ferguson said.

We caught up with Dailyn in 2018. He was accompanying his sister, Shamari, who has cerebral palsy, to her prom. Before the ball, they first toured their Richmond Heights neighborhood in a horse-drawn carriage.

“I don’t know who would want to do this to DF,” Dailyn’s mother said.

“We love you Dailyn!” shouted friends and family who gathered outside the hospital.

Lyndhurst Police say they have no idea what the motive might be. The chief says they still have to interview some witnesses and he reminds people that they can give information anonymously.

From shoemakers to e-commerce: how buying shoes has changed in 300 years | Lifestyles