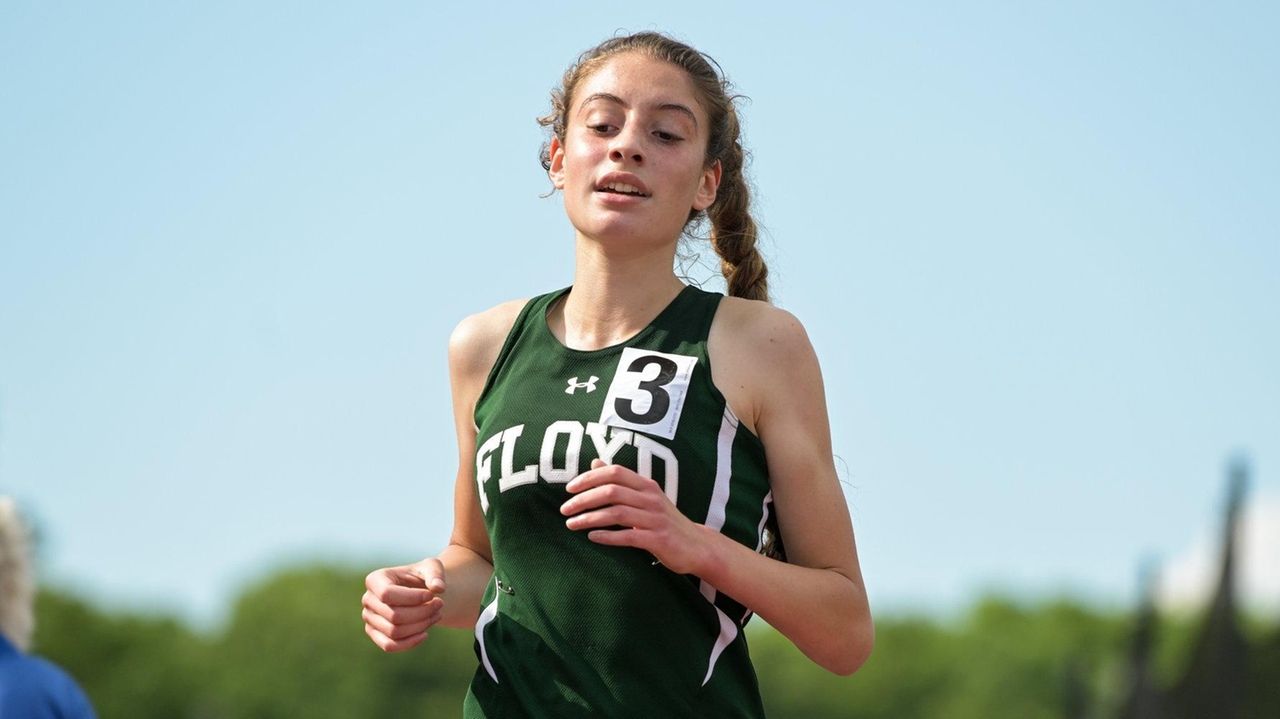 One week away from the first outdoor track and field championships since June 2019, Floyd’s rookie Zariel Macchia says she’s ready to go. Macchia, Long Island’s top distance runner, has certainly proven that over the past two afternoons.

She won two of the three individual events she entered in the Suffolk State qualifier – culminating in victory in the 1,500 meters in a time of 4 minutes, 31.85 seconds on Friday at Comsewogue High School in Port Station Jefferson.

“I think I got everything I wanted out of those races,” Macchia said.

Macchia also won the 3,000 meters on Thursday – the opening session of the two-day qualifier – and was a half-step second in the 800. She said she plans to run the 1,500 and 800 next Friday and Saturday at the state championships in Cicero’s upstate.

“I’m looking to run the two mile at the New Balance Nationals,” Macchia said. “For a while I had plans to run the 1500 in the United States. I knew it would be a tough race. I think it’s a good combination of speed and distance too. I think adding the 800m on top, with the big competition, will really help me prepare for the two miles at the nationals.

The New Balance Outdoor National Championships are scheduled for June 16-19 in Philadelphia.

Elsewhere, Mount Sinai’s Kate Del Gandio won the 100 in 12.57 seconds and the 100 hurdles in 14.53 seconds. She won the state indoor championship in the 55 hurdles in March and is seeking another title before heading to Albany next school year.

“My arms were better than yesterday,” said Del Gandio, referring to the 15.26 she ran in the prelims on Thursday. “I had a tough day yesterday so I wanted to come back today and be a lot stronger overall. I definitely pulled my trail a bit more than yesterday, my start was 1000x better. were the main things I was worried about heading into the race today, we fixed what we needed to fix and got a win.

On the boys’ side, Quincy Chery of Huntington added a 400-meter hurdles win to his state qualifying run. Chery won the hurdles in 54.88 seconds on Friday after flying 21 feet 5 ¾ inches to win the long jump on Thursday.

“My goal was to run 54 [seconds]”, Chery said. “I knew to do this I had to come out strong. I did it and from the 200 mark I wanted to push everything I had left. felt coming out of the corner strong, which made me run 54.”

Jordan Lauterbach joined Newsday’s sports department in 2012. He covers running and the Long Island Ducks. Lauterbach graduated from CW Post in 2010 with a degree in Electronic Media.