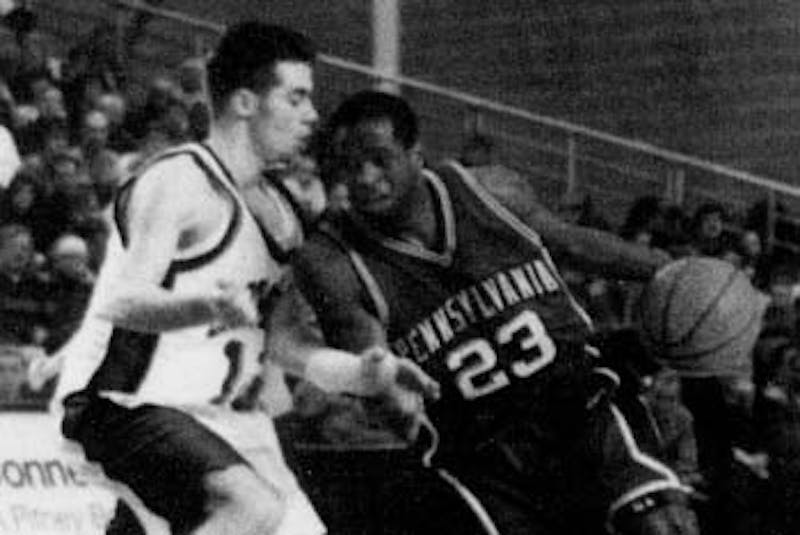 Jordan played for the Quakers from 1996 to 2000, a fruitful period for the team largely due to his contributions. He played 109 games for the Quakers, averaging 14.7 points per game, as well as three Ivy titles and an Ivy League Player of the Year award.

Since then, Jordan has been an assistant coach at Colgate for the past 10 years, except for a one-year stint at Drexel in the 2020-21 season in which the Dragons reached the NCAA Tournament. for the first time in 25 years. With the Raiders, under former Penn teammate Matt Langel, Jordan helped the team to an unprecedented run, including a March Madness tournament appearance this year.

Fresh off of success, Jordan will be tasked with leading a team as head coach for the first time in his career, becoming the third former Quaker to lead a Division I team, joining Langel and the Iowa coach. , Fran McCaffery. Jordan has big shoes to fill, as he replaces Fran O’Hanlon, who was at the helm for 27 years, winning three Patriot League titles.

Nonetheless, the Leopards have expressed confidence in Jordan’s ability to get to work.

“After conducting a nationwide search, we are thrilled to welcome Mike to the Leopard family,” Lafayette athletic director Sherryta Freeman said in a statement. Press release. “It was important to find a partner who is committed to leading our men’s basketball program to Patriot League success while embracing the Lafayette community and the amazing things we can do to elevate the college. Mike is a terrific recruiter, a very energetic motivator and has been a winner every step of the way. He cares about his players and is committed to their growth and development into champions.

Jordan’s rise to the job also ensures that the Lafayette coach will once again have strong ties with Philadelphia and Penn. O’Hanlon played in college for Villanova, was drafted by the 76ers, and served as an assistant coach at Penn.

Lafayette will be grateful not only for Jordan’s experience in the Ivy League, but also the Patriot League, as that’s where the Raiders also play.

Jordan also brings professional playing experience with him, having played in Europe for several years after spending a summer with the 76ers. Jordan is a member of the Big 5 Hall of Fame and is expected to be inducted into the Penn Athletics Hall of Fame next month.

“I am extremely excited and grateful to President [Nicole] Hurd and Athletic Director Sherryta Freeman for giving me the opportunity to be part of the Lafayette family as the new men’s basketball coach,” Jordan said in Lafayette’s press release. “I look forward to strengthening and building relationships with players, colleagues and the Lafayette community as we begin this journey to the championship together.”