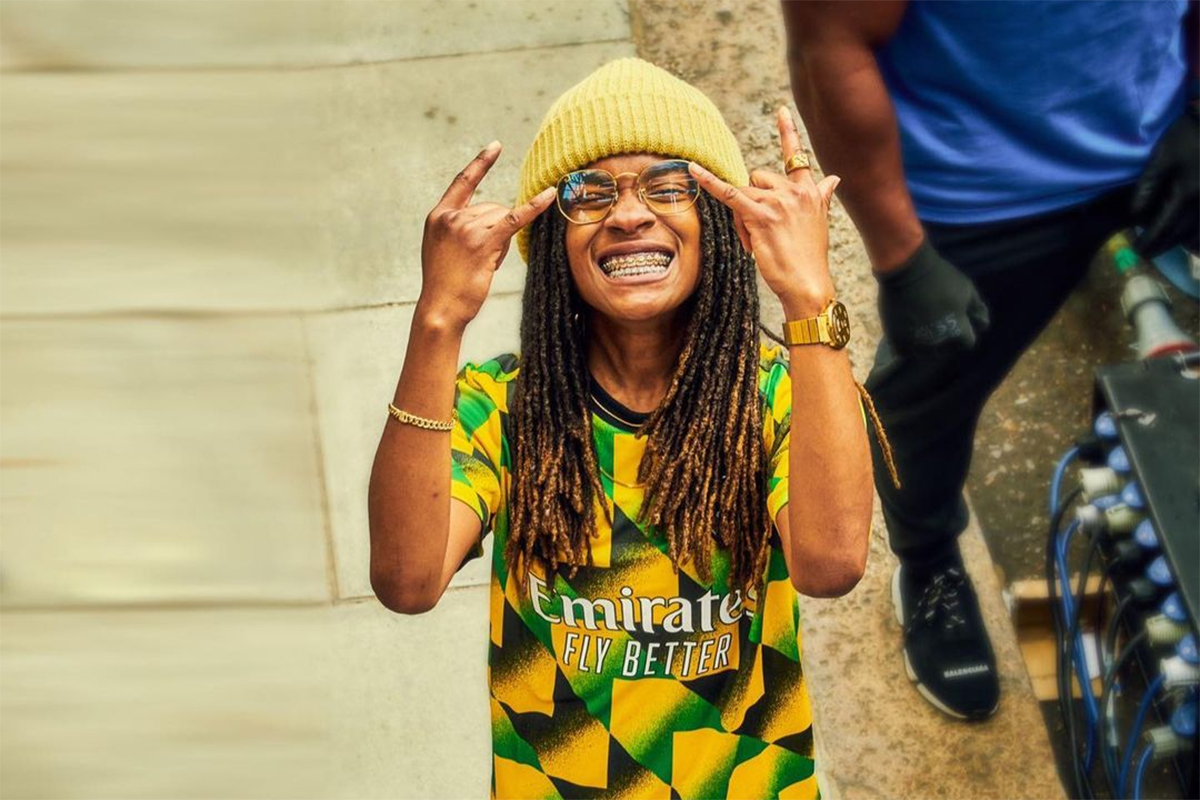 Koffee teams up with Arsenal and Adidas

The jersey, which is made up of Jamaica’s national colors – black, gold and green, features a bold geometric print and, according to Arsenal, was designed and revealed during the carnival to celebrate its Jamaican fans.

“Notting Hill Carnival 🇯🇲 🔥with the @adidaslondon family and @arsenal,” she noted on her Instagram page, while Arsenal noted: “Gratitude is a must. @originalkoffee delivering the ultimate warm-up to this carnival, with our pre-match jersey 22/23 🔥”, on his Instagram page.

On Jamaica’s Independence Day, August 6, adidas Football had announced that it would equip all Jamaican national football teams by 2023 and provide not only the kits, but all other equipment on and off the pitch. for the teams.

Jamaican football teams have been sponsored by Umbro since 2018. In the past, Reggae boys were outfitted by Romai, Uhlsport, Kappa and Lanzera.

On Independence Day, the Jamaican Football Federation announced that adidas sponsorship would include all major tournaments in which Jamaica participated.

The statement also noted that the deal with adidas was cemented with the help of Sports 2 Business Sports Group, former Reggae Boy Fitzroy Simpson and attorney Jonathan Himpe.

“All major tournaments in which national teams compete are part of the sponsorship and this will include the 2023 Women’s World Cup in Australia and New Zealand, which the Reggae Girlz recently qualified for,” the body said. football leader, adding that the country’s 2024 Summer Olympics and 2026 FIFA World Cup campaigns are also included.

JFF President Michael Ricketts also stressed that the partnership will help the development of football on the island, which will facilitate further success at professional level in the future.

At the time, managing director of Adidas Global Football, Nick Craggs was delighted with the long-term partnership with the JFF.

He noted that Jamaica’s footballing potential, highlighted by Reggae Girlz’ consecutive FIFA Women’s World Cup qualification, as well as the culture’s richness and global relevance, “which resonates far beyond of the borders of football and Jamaica”, make it ideal to join the family of international federations of Adidas.

As for the Notting Hill Carnival, it has been described as a festive balm that began in 1966, as a way to ease racial and cultural tensions in the region. Carnival, deeply rooted in Caribbean culture, has evolved over time into an event that attracts hundreds of thousands of tourists and generates around £120 million for the London economy.

Koffee, who is a football lover, is no stranger to being at the forefront of football branding and promotion. In 2020, she was on the list of Jamaican soundtrack artists for FIFA 2021, a popular football video game by EA Sports, along with fellow countrymen Buju Banton, Govana and producer Rvssian.

Jamaicans were among 100 different artists from 23 countries around the world, who were featured.

His rapture remix featuring Govana was included on the VOLTA FOOTBALL version of the soundtrack, while “Unity” from Buju’s Grammy-nominated album Upside Down 2020 appeared on the main soundtrack.

Ask Stew: How can I reduce pain in my feet when running or rucks?