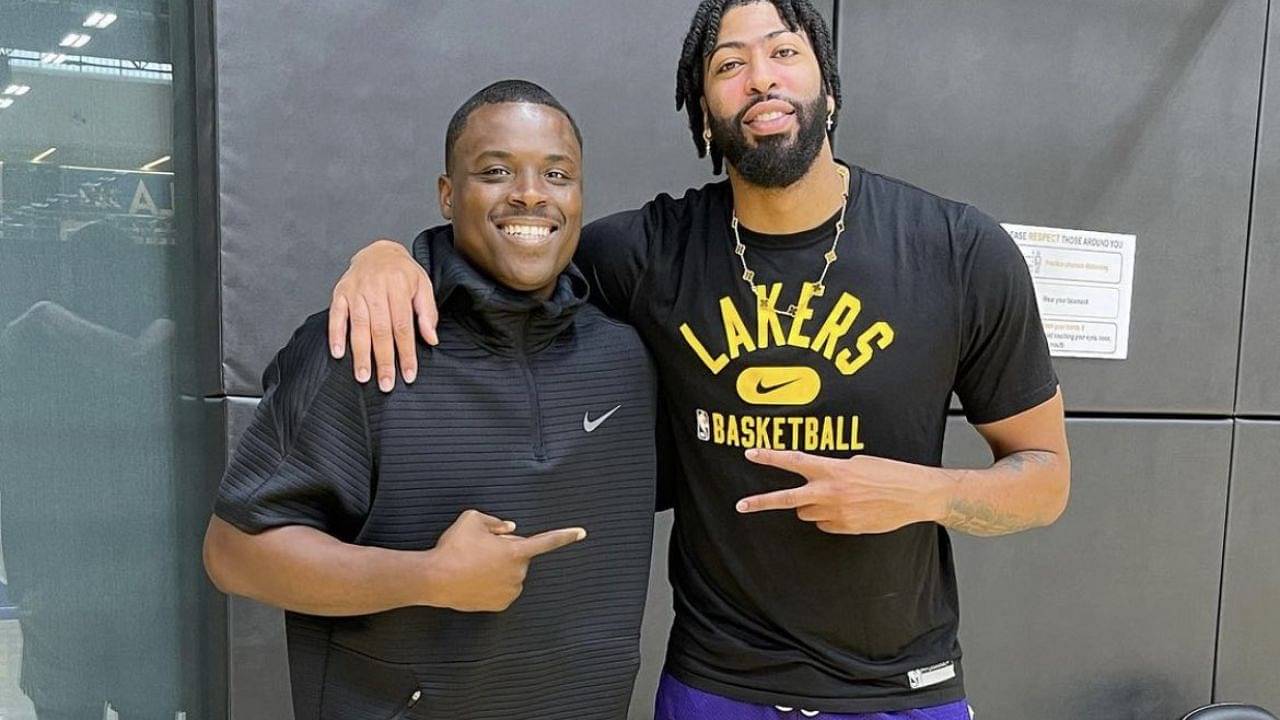 ‘LeBron James bullied a $120 million guy into bringing him back to the gym’: NBA Twitter reacts as Anthony Davis trains with Lethal Shooter

NBA Twitter reacts as Lakers’ Anthony Davis was spotted training with Lethal Shooter, after his ‘don’t touch a basketball’ statement

The Los Angeles Lakers had a truly disappointing 2021-22 NBA season, to say the least. They built a Big 3 of LeBron James, Anthony Davis and Russell Westbrook. The front office surrounded them with experienced veterans and former All-Stars. However, the group was never able to settle as one, and injuries certainly didn’t help with the same.

Anthony Davis barely played 40 games for the Lakers, and despite his numbers, his game didn’t feel right. Recently, Davis released a statement saying he hadn’t touched a basketball since April 5. This obviously worried Lakers fans and reacted to the same on Twitter. They weren’t the only ones doing it. Every analyst has talked about the same thing, on their TV shows or on their podcasts.

Perhaps that had an impact on the Lakers star as he was spotted in the practice facility today.

The Internet is an unforgiving place, where anyone can say anything, hiding behind the curtain of anonymity. This also carries over to the sport as fans or haters keep chasing various players continuously. Anthony Davis went through the same thing the other day after his statement. However, maybe this time it actually led to some good.

NBA Twitter saw the same and reiterated the power of intimidation.

You’d hope a guy who owed 120 million over the next three seasons wouldn’t need to be bullied in the gym‍♂️‍♂️ https://t.co/h45T6iaENi

Yes!!! Westbrook you gotta be with him too kuz we tryna get that ship https://t.co/RJe0vtcIBz

Y’all see the power of intimidation? ! We must stop trying to abolish natural remedies https://t.co/9rCZwSxdmK

Let’s get it out of those damn kobes, those shoes are never good for the ankles. Bron has to send him mid-high or high-top shoes please.

Also read: ‘LeBron James chose you for a reason Anthony Davis!’: Skip Bayless furious with Lakers forward after admitting he hasn’t shot a basketball since April 5

Lakers fans hope that AD will continue the work and come into the season fitter and better than before.

Save up to 50% on Nike Summer Sale

How the Race Focuses on Artist Harkiran Kalsi