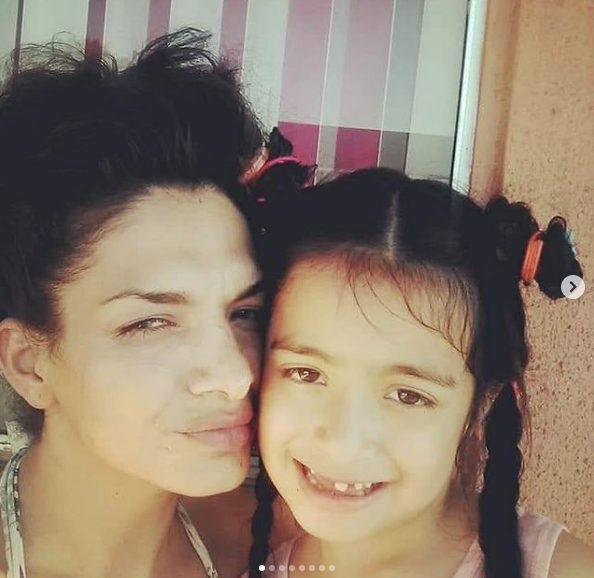 SOUTH FULTON, TN – One of six city police officers waited at a stop sign in a police cruiser as Joe Nery and his two children drove by. The officer made Nery wait for an hour and a half in a church parking lot before two women who were driving a black pickup truck with large wheels and tinted windows showed up. They wore T-shirts and jeans.

“One was wearing flip flops and the other was wearing sneakers. It would be very hard to believe that someone who works for the state to handle such an important matter was dressed in a totally inappropriate way. They had the “Just looked ragged, you know? I had to take their word for it because I had three officers in front of me ready to tackle me if I was making a fuss or wanting to fight for my kids,” Nery said.

He said he does not know their names because the two women did not show any identification before taking the children. Nery alleged that one of the women flashed a picture on her cellphone of what she said was a court order, but she took it down before Nery could read it.

Then he said the women got the two kids into their big black truck and left Dad alone in the parking lot. He said they didn’t have a booster seat and didn’t give him any documents, even though he asked for it.

On July 21, DCS attorney Marlene Simpson told Obion County Juvenile Court Judge Sam C Nailling Jr. that there was probable cause for the children’s removal. DCS had obtained an emergency removal order to remove the children because someone had reported the parents to DCS.

In its court petition, the DCS said the children were removed for “rearing issues, environmental neglect and drug exposure.” The parents said it was just an apology and they denied the allegations.

Their landlord, Joseph Mathews, was in the process of evicting the family from a rental at 325 Forestdale Ave. in South Fulton.

On Wednesday, July 13, Mathews sent Deborah Turnbo home. She gave her mother Claudia Gheorghe-Nery an ultimatum. “I begged her to let me do what I can until Saturday. She said, ‘Yes, you have until Saturday, but if you haven’t been out by then I’ll call the child protection services.’ She hadn’t been out at the time and they did. Turnbo admitted as much in a text to Claudia.

A legal eviction can take 1-3 weeks. If the owner wins in General Sessions Court, the judge will award a writ of restitution. Tenants generally have 10 days to vacate. The parents said they did not attend the June 29 hearing, nor do they believe their landlord showed up. Anyway, they didn’t get a notice to vacate the property because the county sheriffs usually remove you within 48-72 hours and that didn’t happen. (See https://tntribune.com/250000-tennessee-households-face-eviction/)

On July 19, DCS case manager Jesse Cochran showed up at the house around 10 a.m. with two other DCS workers.

“It was clear I was moving because of all the boxes I had already packed up and taken out onto the porch,” Gheorghe-Nery said.

Cochran and his two colleagues invited themselves into the house, which was understandably in disarray. Gheorghe-Nery explained his situation to them.

Nery was serving an 18-day sentence for an unpaid parking ticket. Claudia had to do all the packing herself. Nery was released from prison on July 19 but was not home when DCS interviewed Claudia earlier that day.

“Throughout the meeting at my house, my children played, interacted with your employees, laughed, introduced pets,” Gheorghe-Nery later wrote in a letter to DCS Commissioner Jennifer Nichols.

This is in stark contrast to what Cochran wrote in his report. “The children were observed to be dressed in dirty clothes and covered in dirt. Both children had multiple insect bites on their arms, legs and backs,” Cochran said.

“As the meeting progressed, I was advised to leave and find a cleaner place; without a car, it was rather difficult to find a quick solution to my problem,” she said.

Cochran promised a second interview but that never happened because DCS grabbed the kids the next day.

“No investigation was conducted before REMOVED my children,” she wrote to Nichols.

“I still don’t have a hard copy of the charges and the investigation into my case,” Gheorghe-Nery said.

In its report to the judge, DCS said it did not receive a complete urine sample from mom on July 19, but it tested positive for amphetamines and THC. Gheorghe-Nery said she told social worker Cochran she was taking prescription phentermine and took the bottle out of her purse and showed her. DCS’s Cochran did not include this information in his report to the judge.

The DCS investigative report is based on the interview while Claudia was packing to move. The DCS speculations might prompt further investigation, but they alone are not enough to justify the emergency removal of the children.

The Child Abuse Hotline collects reports of child abuse from anonymous callers. DCS investigators follow these tips to find evidence of serious child abuse. Gheorghe-Nery wrote to DCS Commissioner Jennifer Nichols that her children were never in imminent danger. She said there was no evidence of physical, emotional, neglect or sexual abuse. In short, DCS had no reason to take them and she wanted her children back immediately.

Later, DCS social worker Brian Hill asked the parents to sign a petition for neglect and addiction. They refused. This would have given DCS another legal weapon to keep Izabella and Franky instead of returning them to their parents. They agreed to a drug test which both parents passed.

“They told us personally that our daughter wanted to come home and she wanted to be with her mother and father because we are good parents to them. And my son told them the same thing,” Gheorghe-Nery said.

Life in a host family during Parents battle DCS in court

Concerning their conditions of care, the foster home is fitted out with bunk beds on three levels. “Basically, they eat a lot of hot dogs and pizzas,” Gheorghe-Nery said. She said they have seen the children twice since they were abducted.

“For the first time in the life of my son, who is 6 years old, we found scabs on his head, his skin is so dry; he had bite marks all over his legs and arms visible to the naked eye. The two children were moved, crying, asking us not to leave them. My daughter doesn’t remove nail polish from her toes because she said it reminded her of me and she was the happiest with me. I did her nails before she was taken away from me,” Gheorghe-Nery said.

Judge Nailling held a show cause hearing on July 21. DCS attorney Simpson objected during Nery’s testimony. The judge quashed Simpson and let Nery continue, but said he didn’t want to pull the case out from under DCS. He has scheduled a decision hearing for August 17. At this hearing, the parents requested a court-appointed lawyer and the judge set the next hearing date for September 29.

“He should have pulled the case out from under his feet. They take children from a happy environment and for the first time in their life they are traumatized emotionally, psychologically, and now I see that there is also physical (abuse), ”she said.

Unfortunately, juvenile court judges, DCS attorneys, and court-appointed attorneys often fail to reunite families with children wrongfully taken by DCS. Parents have alleged that they don’t stay in the courtroom very long and then go home with or without their children. An ubiquitous litigator, DCS is a force to be reckoned with, usually bringing multiple staff to a trial.

The rural county of Obion has a population of 30,466. According to its official website, the Obion County Courts provide “fair, courteous and prompt service to every individual and agency having business with the Chancery, Circuit, General Sessions and Juvenile Court.”

There is a dark underside to the image of the friendly county of Obion which grows corn. The Nery case raises serious questions about evictions as grounds for DCS intervention. This case and others have raised local concerns that a profit motive is behind their actions.

“These kids went through immense distress just so DCS could make money off my kids. I know exactly what they get paid. I’ve done my homework. I know what they get paid and why they take them so quickly,” she said.

DCS paid $14,333,900 last year to foster parents and other contracted service providers, like the two women who picked up the Nery children from a church parking lot and the adoptive parents whom DCS pays for their give away hot dogs and pizza