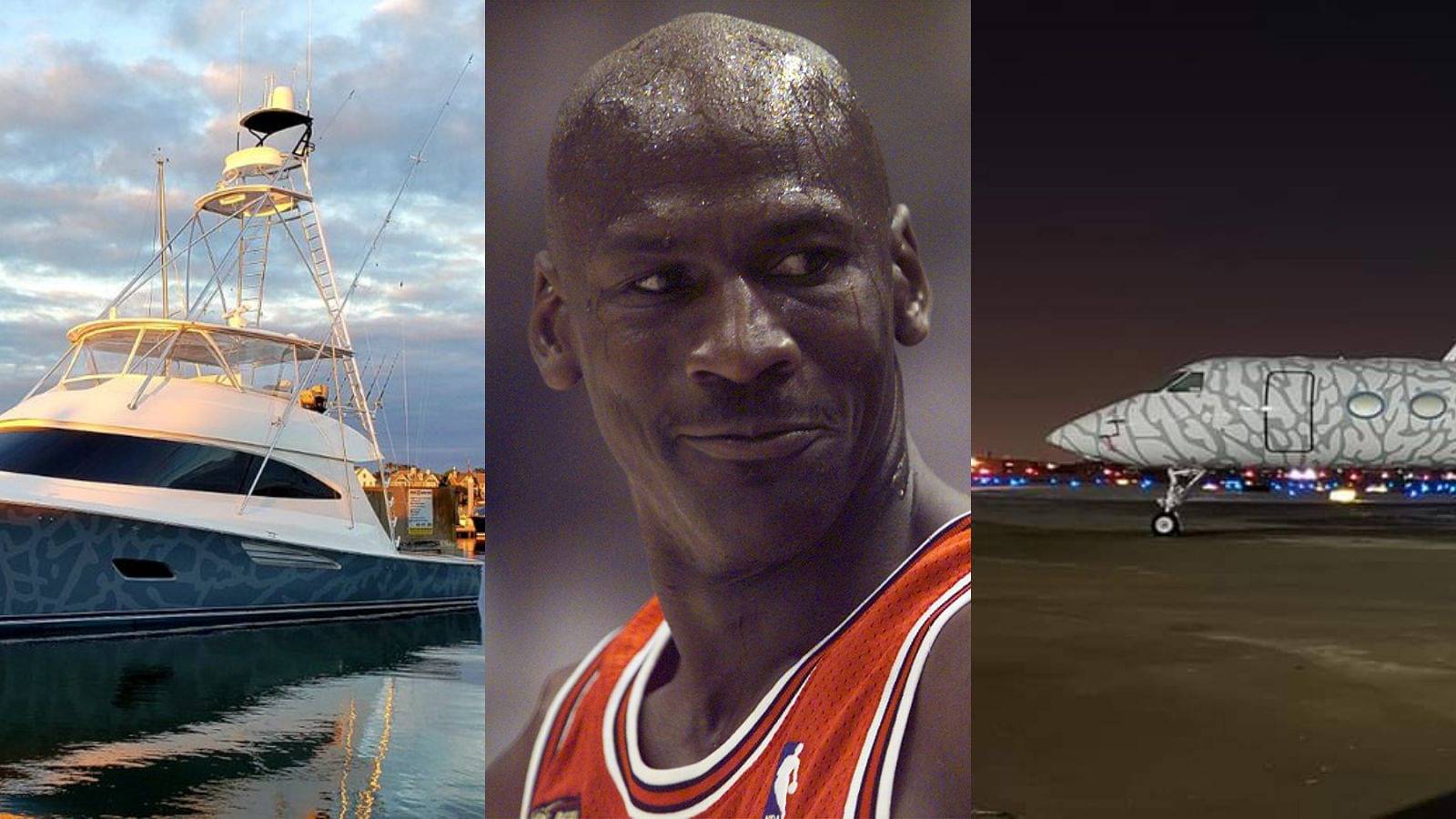 Michael Jordan, who owns a $61 million Air Jordan 3 themed jet, has an insane $8 million yacht on the same theme

Michael Jordan and his collection of cars, jets and yachts are as stunning as his game, but his modding skills aren’t quite there yet.

There is no richer athlete on the planet than Chicago Bulls legend Michael Jordan. His Airness entered the league in 1984 when he signed a sneaker deal with Nike over his favorite Adidas brand.

Adidas and Converse were THE brands of the NBA at the time and Nike was famous for its running shoes. But Adidas preferred the league’s Big Men to sell its sneakers.

While it was their mistake to miss out on the GOAT, MJ was lucky enough to sign with a less popular brand that would not only become the world’s biggest apparel brand in a matter of years, but make Jordan himself a multi-billionaire.

Also read: ‘Kobe Bryant has a better entertainment package than any of us at 19’: Clyde Drexler opined the Lakers star was better than Michael Jordan

Thirty-eight years later the Air Jordan main man still endorses them in some of the best ways, let’s take a look at what we’re talking about.

Much like his private jet, which is worth around $61 million, Jordan themed his $8 million yacht in the colors of the Air Jordan 3.

It doesn’t look too good for a skin for anything in your garage, let alone those multi-million dollar ones. But business is business, and who knows business better than Jordan?

The 6x NBA champion has come a long way over the past four decades and still sells more sneakers than anyone in the league, after being retired from the game for 19 years.

Kobe Bryant came on and nearly grabbed the Bulls’ HOF in greatness, LeBron James is still chasing him in what would be his 20th year in the league, but no one has been half as successful in the sneaker business as Mike.