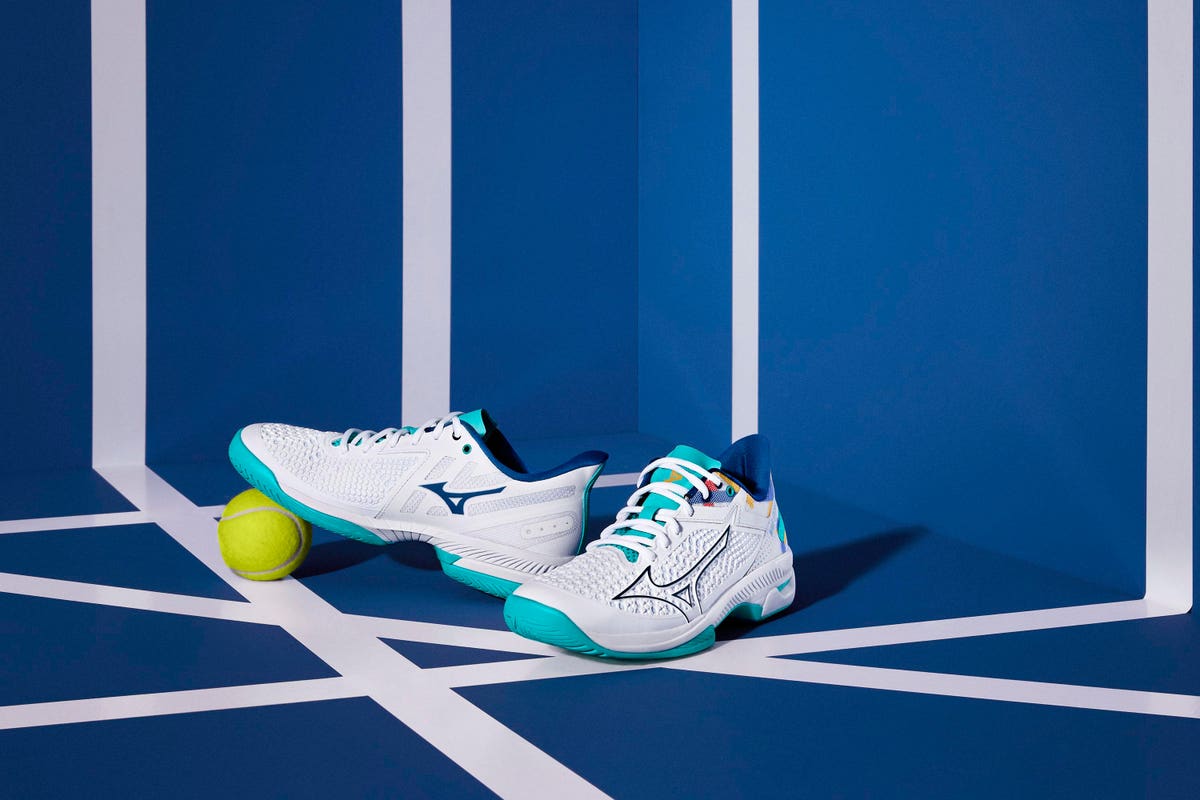 Mizuno has rebuilt their new Wave Exceed Tour 5 AC tennis sneaker on the court. And the Tokyo-based company borrowed new materials from the brand’s running shoes to make it happen.

In Mizuno’s flagship on-court tennis sneaker, launching April 8, a host of new technologies update the fit and feel of the Wave line. New to the Tour 5 model is Mizuno’s proprietary Enerzy foam, introduced to running in 2021, a more flexible upper, and a bootie construction. The Mizuno Wave plate returns to the silhouette.

Enerzy foam makes an appearance in the forefoot midsole and throughout the insole. The foam is designed to increase both softness and energy rebound – two characteristics often at odds in shoe cushioning – and helped update Mizuno’s running line last year. This is the first use of foam in tennis, designed to deliver faster turns, starts and stops while improving energy return.

The Enerzy material joins forces with the Mizuno Wave technology, also born in running and seen in previous tennis models. A plate that evenly disperses shock throughout the sole, promoting cushioning, stability and efficient energy transfer for faster movement on the court, Wave technology also increases ankle stability and shock redistribution , according to Mizuno.

A new U4icX sockliner has been designed for the Wave Exceed Tour 5, Dorsey says, to provide “a more comfortable, cushioned ride with higher rebound.” The board works in conjunction with the Enerzy material in the midsole and Wave plate to “deliver incredible comfort with a pro level of stability and energy return,” he says.

The outsole comes with a six month warranty.

With all that tech underfoot, the new Wave Exceed Tour 5 also brings a new perspective to the upper with a softer, more flexible 3D-Solid material using a combination, Dorsey says, of hoops and bridges that increase flexibility and comfort without sacrificing stability. or durability. “It allows us,” he says, “to make a light and very comfortable shoe for the advanced and frequent player.”

A bootie construction merges with the new upper for an updated fit.

The Tour 5 aesthetic kicks off in Spring and Summer with two main colorways. The Earth Gym, white with vibrant earthy stripes resembling a gym floor, was previously unveiled by the brand at the Australian Open. The Revelation design, a navy, lime, purple and coral colorway, will hit the clay courts at Roland Garros. Additional colorways will be released throughout the year.

Mizuno will also be releasing a Wave Exceed Light in late May which will reduce some of the technology built into the shoe while reducing weight.

Speaking ‘from the bottom of his heart’, Rob Lanier prepares to build bridges with SMU basketball