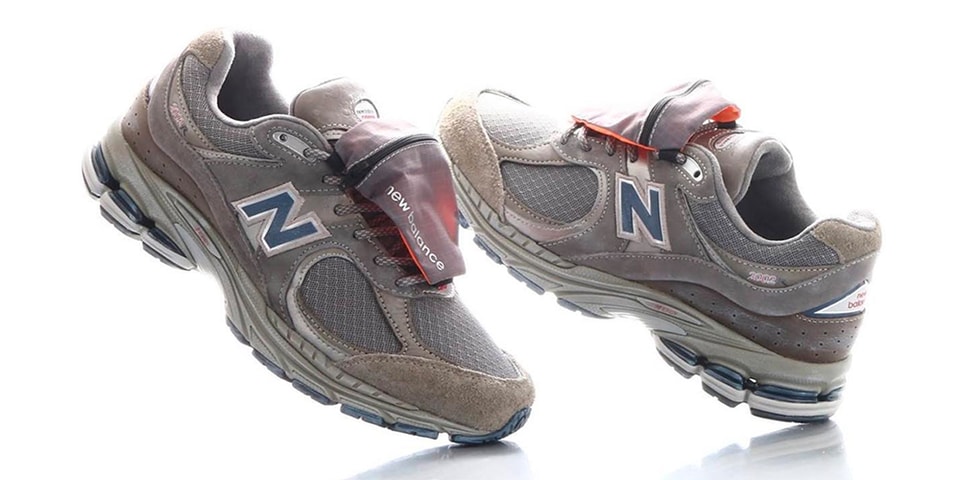 In its short lifespan, the New Balance 2002R has already appeared in dozens of versions ranging from collaborations to special colorways, GRs and even a mule, but now it’s ready to take on its most tactical form as a pair with storage pockets has surfaced.

Served in an Olive Green, Grey, and Navy colourway, the shoe adopts a sneaker-like palette that often falls around 4/20. While this is just speculation, the engineered nylon pockets that wrap around the 3M-equipped rope laces suggest that might be the case. Here, lowercase New Balance branding adorns the pockets, while a zip fastening runs along the top of each piece.

Elsewhere around the shoe we find a leather tongue which has been given an ostrich leather finish, while smooth leather makes up the middle panels. This covers the technical nylon base that appears on the toe box, front quarters and heels, while hairy suede reaches the tip. As if the contrasts weren’t already enough, smooth nubuck adorns the heel panels alongside 2002R and New Balance branding, while a NERGY-filled sole underpins the moody design atop.

In other news, Dover Street Market has teased their upcoming New Balance 991 collab.