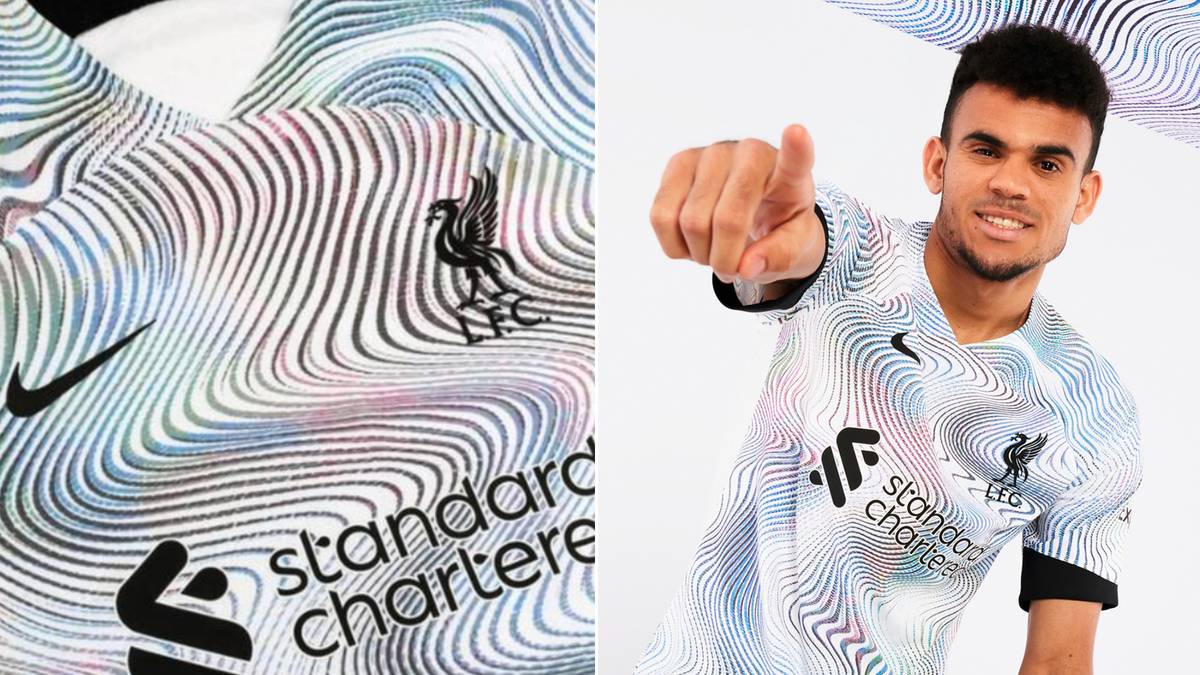 liverpool have unveiled their new away shirt for the 2022-23 season and its ‘stunning’ design has divided supporters.

The kit, designed by Nike, features an iridescent and multicolored marble pattern on the front of the jersey.

The back has been left white to highlight the wearer’s name and number, while the shirt is finished with black detailing.

The kit, which is made from recycled plastic bottles, also features the 97 emblem on the back of the neck in memory of those who lost their lives at Hillsborough.

Announcing the kit’s release, Liverpool said its design is “inspired by the city’s vibrant music scene and in particular the pioneering role it played in the 90s dance music scene”.

But Liverpool fans are divided over the unique design, with some less impressed with Nike’s latest effort.

“This really hurts to watch,” wrote one fan on Twitter.

Another added: “Even worse than the yellow kit last year.”

Absolutely gorgeous, this will go in my collection, I don’t understand why people trash it, I definitely get it and flex this beauty 😍👌

This kit is awesome, I don’t know what everyone is talking about

However, others were more supportive of the new kit, which will be available for purchase from August 19.

“Absolutely beautiful, this will go in my collection, I don’t understand why people trash it, I definitely get it and flex this beauty,” one fan wrote.

Another added: “This kit is awesome, I don’t know what everyone is talking about.”

Liverpool will wear the kit for the first time on Tuesday when they take on rivals Manchester United in their first pre-season friendly in Bangkok, Thailand.

“It’s not often we wear a shirt on reveal day so it will be a special moment for the team to show off the new design in our first game of pre-season,” the Liverpool captain said. , Jordan Henderson.

What do you think of Liverpool’s new away kit? Let us know your thoughts.