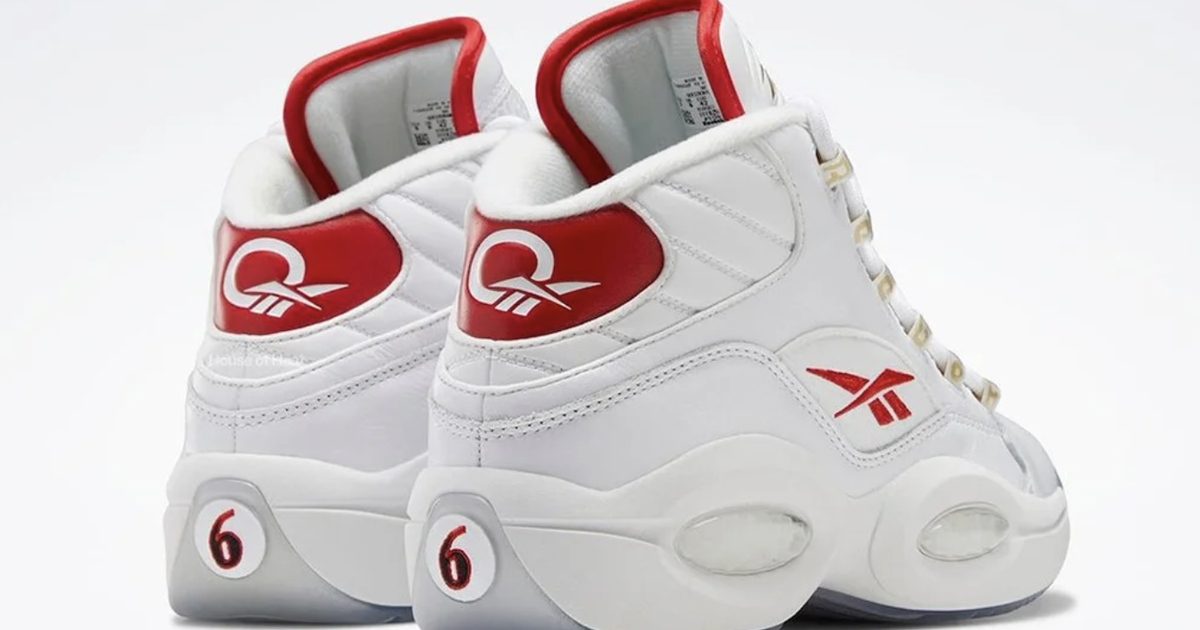 Few sneakers have a lifespan of more than two decades, but Allen Iverson’s iconic Reebok Question sneaker has stood the test of time.

The Philadelphia 76ers legend’s first sneaker debuted in 1996 during his rookie season and has gone on to sell for the past 26 years in dozens of colorways, including numerous brand collaborations. While wearing the shoe in his first NBA season, Iverson averaged 23.5 points and 7.5 assists per game and won Rookie of the Year.

LeBron James had his own Question sneaker in white, green and gold during his high school basketball career. Lower Merion’s Kobe Bryant even wore several players’ exclusive colorways of the shoe during the 2002-2003 season when he left Adidas and was a sneaker. free agent.

On Friday, July 22, Reebok is releasing a new colorway of the classic sneaker that pays homage to another Sixers great, Julius Erving.

The sneaker is inspired by Iverson’s 2002 tribute to Dr. J during the NBA All-Star game in Philadelphia.

On that February night, Iverson donned Erving’s No. 6 instead of his usual No. 3 to honor one of the franchise’s greatest players.

Iverson, who started in the game, scored just five points while wearing a different shoe from his sneaker brand, a red and white version of his Answer 5 shoe.

The new colorway is a mid-top white leather, crafted with red and gold accents and a red Reebok logo. The color blocking is reminiscent of the Sixers jersey from 2000 to 2008. On the heel of the shoe, where Iverson’s number 3 usually sits, there’s a six for Erving.

The shoes sell for $160. They will be available on Reebok’s website and select sneaker retailers.

When 11-time All-Star Iverson first arrived in the NBA, he and Reebok agreed that he would wear the questions in every All-Star game he played – but in colors similar to the primary colors of the host team. In its first All-Star game in 2000 at Oakland, Reebok created a predominantly yellow version of the shoe with a blue toe, reminiscent of the colors of the Golden State Warriors. Iverson caught some jokes in the locker room and decided not to wear the shoe.

In 1999, Iverson also paid tribute to Erving during his iconic Slam magazine cover shoot “Soul on Ice.” The former MVP wore a retro Sixers blue jersey and had an afro like the one Erving wore during his Hall of Fame career.

Insights and Insights into the Yoga Apparel Market 2022 – Adidas, Manduka, Nike, PUMA, Under Armor – This Is Ardee