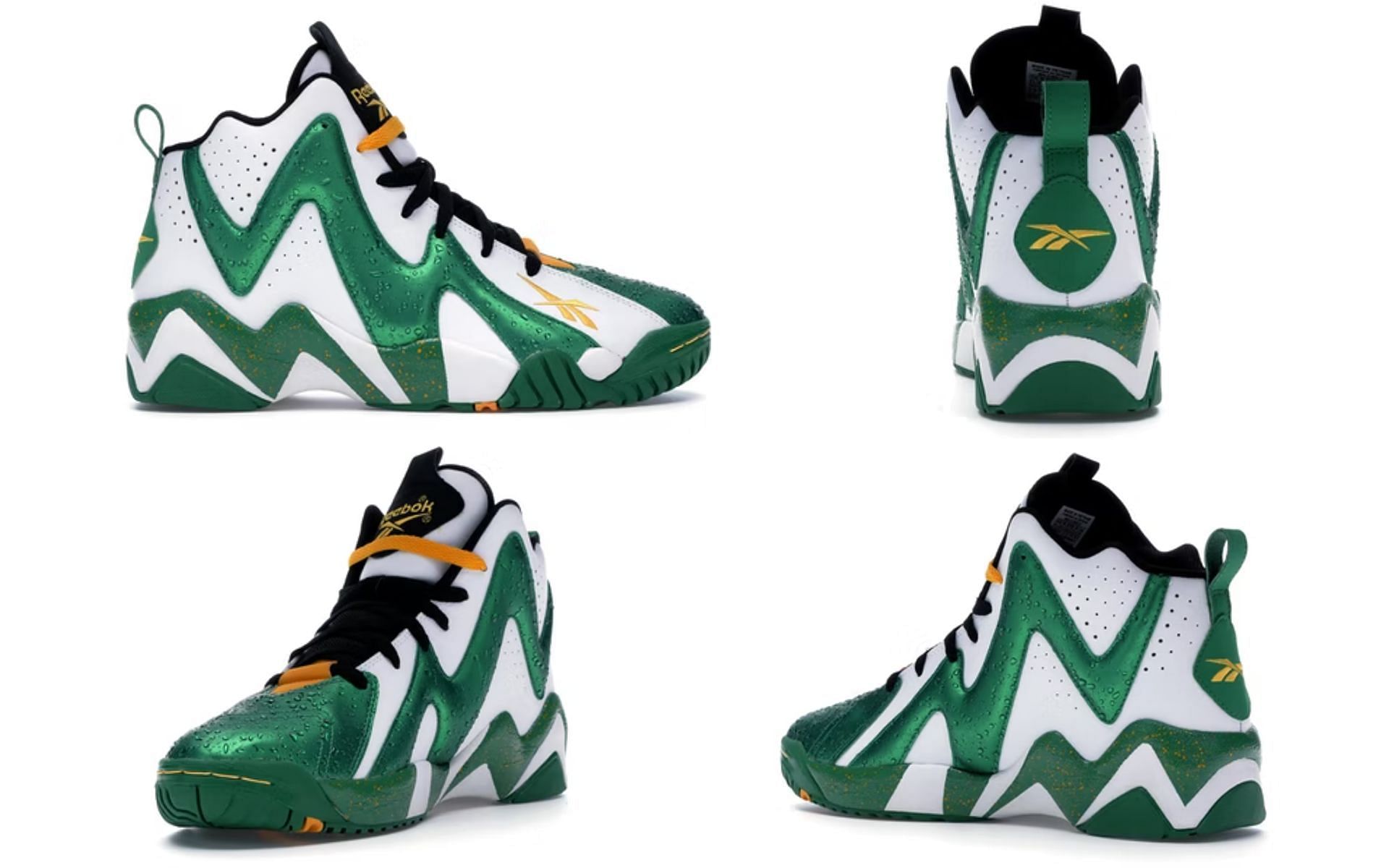 Release date, where to buy and more details explored

The silhouette will release on Reebok with select retailers like Finish Line on April 15, 2022. Kamikaze II brings OG colorways like Seattle Sonics-era green, black, and white into the Reign Man aesthetic.

With rumors surrounding the basketball world that the Seattle Sonics NBA franchise is returning to Emerald City, Reebok is embracing change and remembering one of its best players.

The hoop-inspired green and yellow gear is now visible in the upcoming league expansion. One of the most important sneakers in NBA team history is the Kamikaze II and a fitting retro colorway for the OG’s return is the “Sonics”.

In 1995, Seattle was run by Shawn Kemp, nicknamed “The Reign Man” by legendary Seattle broadcaster Kevin Calabro. The moniker is now the inspiration behind the colorway and design of his signature sneaker silhouette. Of course, Seattle’s weather conditions and rainy days also played a part in how the shoes were made.

“Sonic” Hurricaze, formerly known as Kamikaze II, literally uses rain inspiration on the shoe design. The tie of colors such as white, yellow, green and black is a nod to the Seattle Supersonics, while the rain droplets seen on the shoe’s upper are a nod to its legendary player , Shawn Kemp.

The base layer adds further detail with faux water droplet features as a nod to Kemp’s “Reign/Rain Man” moniker. While the midsoles add detail with a characteristic yellow tint flecks. Further bursts of yellow can be seen landing on the laces and branding through the sneaker’s tongue logo with the Reebok feature. The yellow accent adds to the nostalgic feel of the Sonics glory days.

A black lining is visible on the tongue and the pull tab helps pull away from the white and green upper. Although the Seattle franchise is no longer seen on the court, shoes like the Reebok Hurricaze “sonics” help commemorate among fans and sneakerheads alike to relive the days of Seattle’s basketball heyday. .