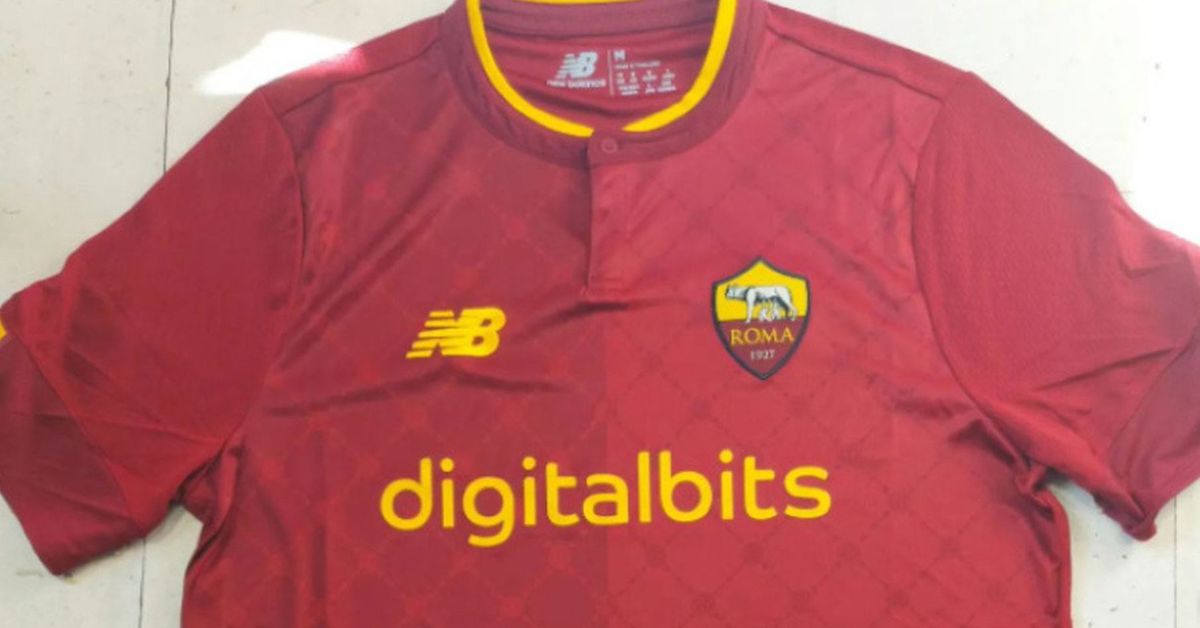 If there’s one thing football fans love almost as much as transfer rumors (and I guess the sport itself), it’s kit leaks! Every spring, the internet’s sharpest sleuths emerge from their winter hibernations, scouring the web for images of soon-to-be-released kits and even the occasional concept shirt we wish was real. For their part, Roma and New Balance have managed to keep a lid on most of their shirt releases, but you can only keep a good kit leak for so long.

And earlier today, the latest look from this new partnership made its way online, with sites as varied as Footy Headlines, Il Tempo and Il Romanista posting images of a new two-tone home shirt that the Giallorossi will sport. next season, and maybe as early as the Conference League final on May 25.

As you can see from Football Italia’s Tweet, Roma’s 22-23 home kit will feature two slightly different shades of red, a subtle ASR watermark, a button down collar and a new badge on the back of the collar that reads Figlio di Roma, or “children of Rome”. Image via Il Romanista:

Coincidentally, an official unveiling is rumored to follow this ‘leak’ as early as tomorrow, lending credence to the idea that the club will wear this new shirt against Feyenoord on the 25th as the two clubs battle for the first ever Conference League. . trophy.

Stay tuned for an official statement from the club soon, but in the meantime let us know what you think of this new shirt!

Assuming this shirt is real, what do you think?

From shoemakers to e-commerce: how buying shoes has changed in 300 years | Lifestyles