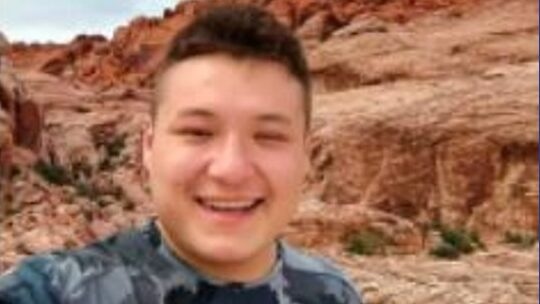 Police said they have launched a search for a man who was last seen more than a month ago.

According to the Mille Lacs Band Tribal Police, a search began Friday for Matthew James Chapel, Jr., 30, of Garrison.

Officials say they were notified of Chapel’s disappearance on May 19 and, after interviewing witnesses, say Chapel disappeared on April 11.

Chapel was last seen walking from a house on Migizi Drive in Vineland.

According to the Mille Lacs Band of Ojibwe, Chapel wore a gray hoodie and white Calvin Klein t-shirt, blue jeans with black sweatpants underneath, and gray Adidas tennis shoes with black writing.

He is described as being 5ft 9in tall and weighing 185lbs.

So far, a search by foot, ATV and drones has been carried out by several agencies, including the Mille Lacs Band DNR, the Great Lakes Indian Fish and Wildlife Commission and the Mille Lacs County Sheriff’s Office.

Anyone with information about Chapel’s disappearance, or knowing his whereabouts, is asked to contact Mille Lacs Band Tribal Police at 320-532-3430.

A $3,000 reward is offered by family and friends for information that helps find Chapel successfully.