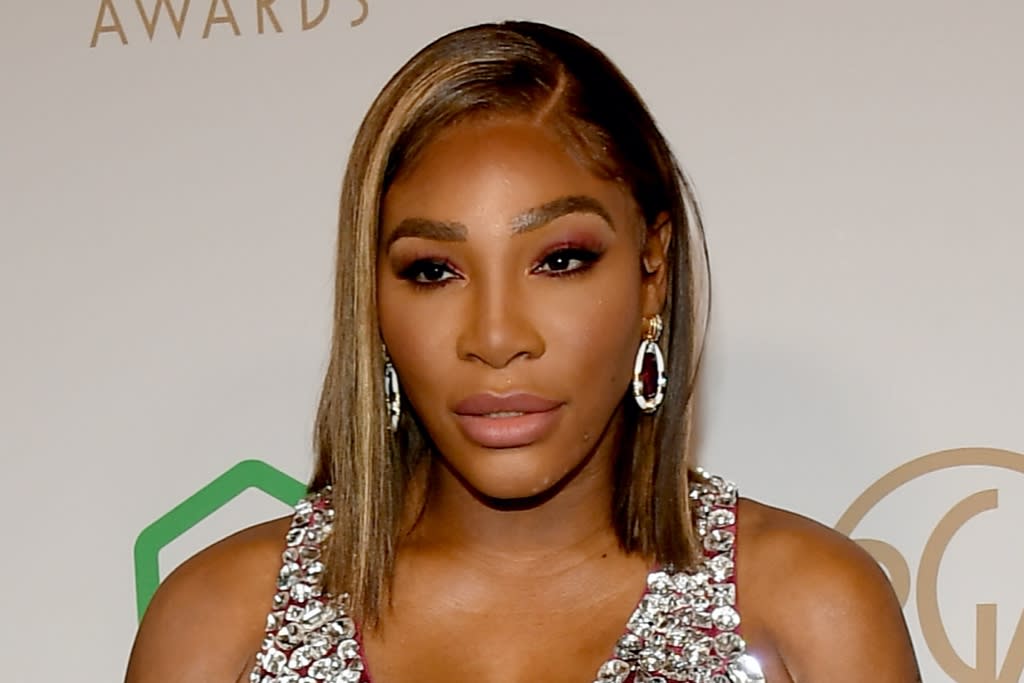 Serena Williams shone at the 2022 Producers Guild Awards on Saturday night. The tennis icon arrived at the Fairmont Century Plaza in Los Angeles with plenty of stars, including Kristen Stewart, Kerry Washington and her sister Venus Williams.

While walking the red carpet, Williams posed with her sister and “King Richard” star Will Smith in a draped dress by CD Greene. Styled by Jason Bolden, Williams’ dress featured a dark red velvet mini-dress silhouette with a crystal-coated bodice and a plunging neckline. The elegant number was completed with a flowing magenta velvet and silk train. Williams finished her look with sparkly rings and dangling earrings by David Webb.

As for the shoes, Bolden tied the ESPY Award Winner into a bold pair of Voyette pumps. The sleek style featured PVC uppers with pointed toes, as well as crystal slingback straps for a touch of glamour.

The 2022 Producers Guild of America (PGA) Awards celebrated the achievements of top producers in film and television. Held at the Fairmont Century Plaza in Los Angeles, the event honored George Lucas and Kathleen Kennedy with the PGA Lifetime Achievement Award and Rita Moreno with the Stanley Kramer Award. On the cinema side, the best prizes were awarded to “CODA”, “Summer of Soul” and “Encanto”. For television, “Succession”, “Ted Lassoand “Mare of Easttown” were the big winners of the evening.

The best of shoe news

Adidas Cloudfoam sneakers are 30% off at Amazon