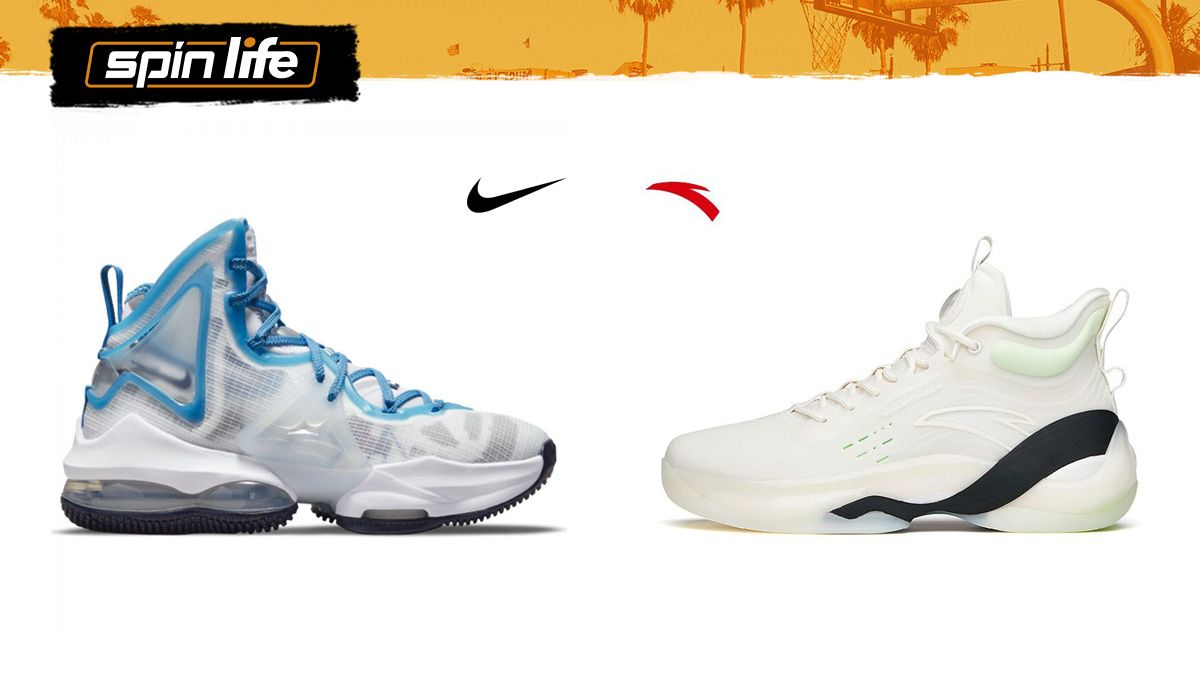 The science behind Nike LeBron 19 and Anta KT7

BUILT in the soul, uh, the sole of two flagship basketball shoes is a common element – atomic number seven, the gas that makes up nearly four-fifths of air, the big ‘N’ in the periodic table : nitrogen.

But the way Nike’s LeBron 19 and Anta’s KT7 use it is an illuminating look at the technological arms race of midsole cushioning.

A new the wall street journal The video measures both shoes, framing them with a USA vs. China lens as it discusses how the Chinese sportswear giant is stepping up its ambitions to go global. But along with interviews with basketball shoe critics Zhang Hanwen and Zach Thomas (aka Foot Doctor Zach), it also dissects the technology behind both shoes and how they use different nitrogen gas applications to provide optimal cushioning.

How Nitrogen Is Used In LeBron 19, KT7

The Nike LeBron 19 is built on decades-old technology called Nike Air. First developed in 1987, it uses a polyurethane membrane filled with pressurized nitrogen gas. Nike then places this airbag in the midsole of a shoe.

For LeBron James’ signature shoe, there are actually two Air units: a massive Air Max membrane on the heel, then a more nimble Air Zoom on the forefoot. The Air Zoom has tensile fibers aligned inside the membrane like ribs, which the Swoosh says helps add more spring.

Connecting the two Air units is a small tunnel so pressurized nitrogen gas can flow freely as the sole is sandwiched between your feet and the ground.

Anta, on the other hand, uses nitrogen a little differently, in technology from the Chinese shoe brand first introduced in the KT7.

“In simple terms, it uses nitrogen and mixes it with foam,” Zhang said. WSJ. Nitrogen forms a matrix of miniature bubbles in the midsole foam that compresses and expands as you move across the court.

The flexible, distorting qualities of the foam account for the signature black “wings” that run across the sides of Klay Thompson’s signature seventh shoe. They’re there, Zhang says, to help the foam in the midsole retain its shape.

Nitrogen-injected soles are not a technological innovation exclusive to Anta. In 2021, running shoe brand Brooks also introduced DNA Flash, a sole built on much of the same principles as Anta’s new cushioning. But Anta is clearly pleased with its innovation in the midsole – the WSJ The video says it plans to expand its “nitrogen technology” to 75% of its shoe line by 2025.

Elsewhere in the video, WSJ also delves into the budding business rivalry between the two brands, as Nike seeks to gain a foothold in a country with a $50 billion sportswear market, while Anta tries to expand its presence in the foreign.

We are now on Quento! to enjoy more articles and videos from SPIN.ph and other Summit Media websites.