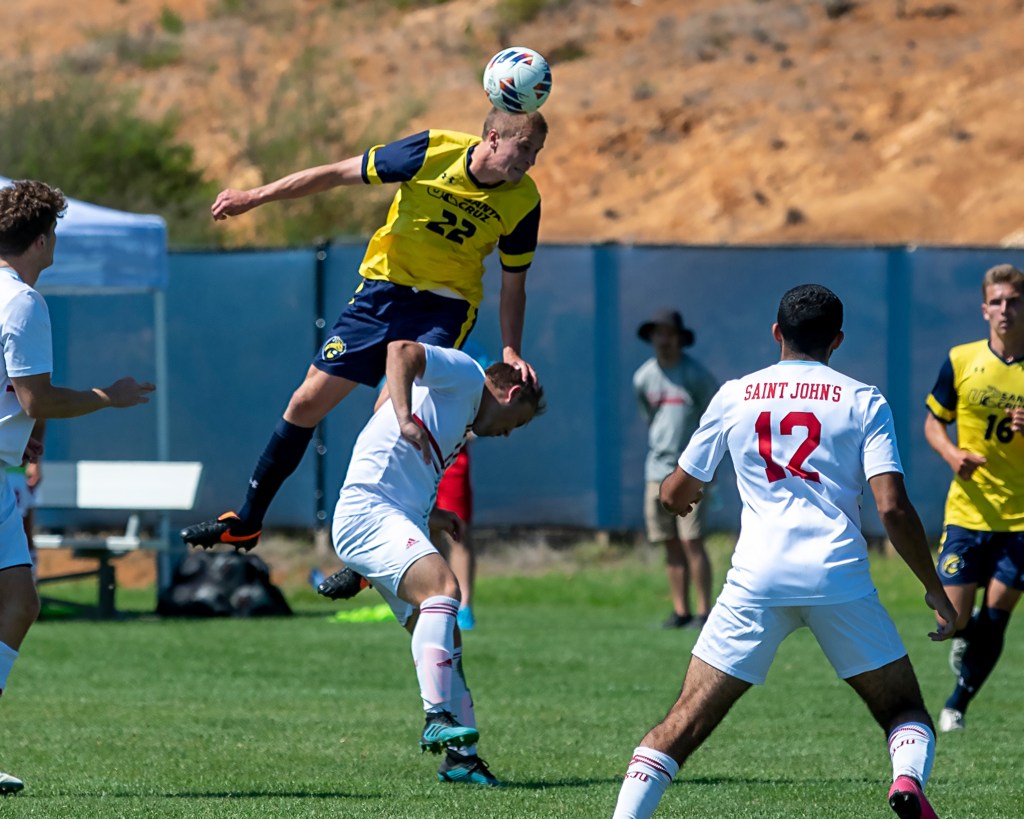 It was the most goals the Banana Slugs have scored in six games this season, and the team’s second game in as many days after beating George Fox 1-0 in Newberg, Oregon on Sunday.

The Banana Slugs dug themselves a 3-0 hole in the 21st minute in their game against Willamette, but fought back with goals from Paolo Santiago and Max Beldner before halftime. Pierce Gallaway of the Bearcats produced an 85th-minute insurance goal from a free kick.

Tanner Boyea assisted on both UCSC goals, and Beldner was also credited with an assist.

A total of seven yellow cards were issued, including five to UCSC players for dangerous or unsportsmanlike play.

In the win over George Fox, Adrian Jacobs scored his second goal of the season in the 88th minute. He was assisted by Will Barba. Salimi made a save registering the shutout.

Mile of 5th Avenue: Nikki Hiltz, an Aptos native who identifies as non-binary, took second place in the women’s pro race at the New Balance 5th Avenue Mile in Manhattan, NY, on Sunday

Coaches are encouraged to report scores and highlights to [email protected] after games. Please include your name and contact number in the email.

Kanye West talks about his future with Adidas and Gap