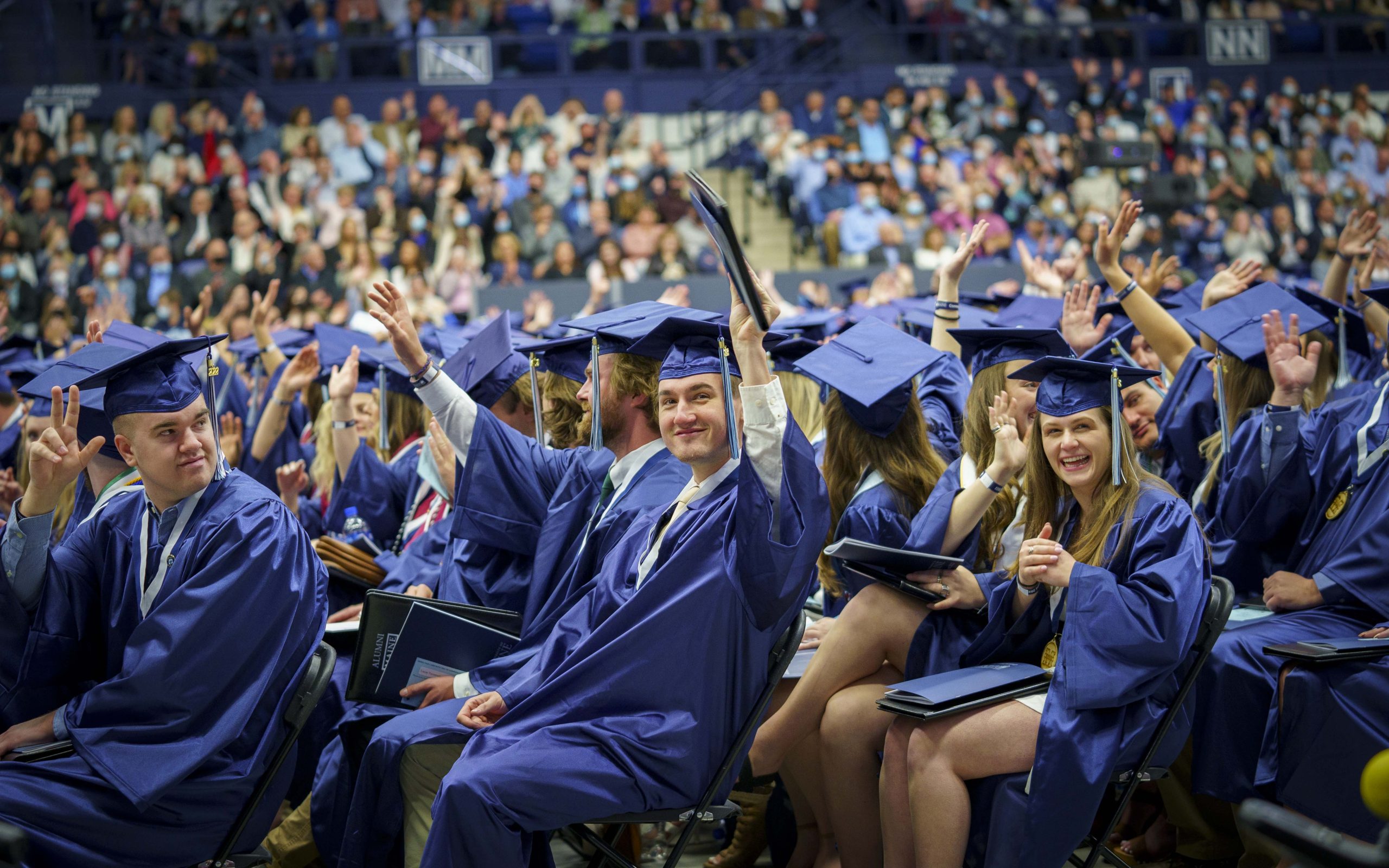 The University of Maine celebrated 1,680 undergraduate students in two ceremonies Saturday at the 220th commencement held at the on-campus Alfond Sports Arena, which was filled with thousands of friends and members of the family.

It was the first full in-person graduation ceremony the university has held since 2019.

The day’s festivities kicked off with future graduates marching from the New Balance Field House to the arena.

Joan Ferrini-Mundy, president of the University and University of Maine Machias, presided over the ceremony. She told the graduates she felt a special connection to them as they both started college in the fall of 2018 when she was named president of UMaine.

“We started here together. You are kind of my class,” Mundy said. “We had no idea what was coming or that half of your undergraduate experience would be during a global pandemic.”

UMaine professor Daniel Sandweiss was named 2022 Maine Professor Emeritus and told students in a speech that they deserved this celebratory moment.

“You deserve to celebrate, after your long years of hard work in our community,” he said. “So go out and paint the town red, have fun, kick the hell up and kick it.”

University of Maine students celebrate by moving their pom poms and graduating during graduation, May 7, 2022. Credit: Sawyer Loftus / BDN

The first speaker at this year’s undergraduate ceremony was Nadia Rosenthal, scientific director of the Jackson Laboratory in Bar Harbor and a professor.

President Ferrini-Mundy presented an honorary degree to JoAnn Fritsche who served as UMaine’s first Director of Equal Opportunities and Director of the Women’s Development Program.

More articles from the BDN