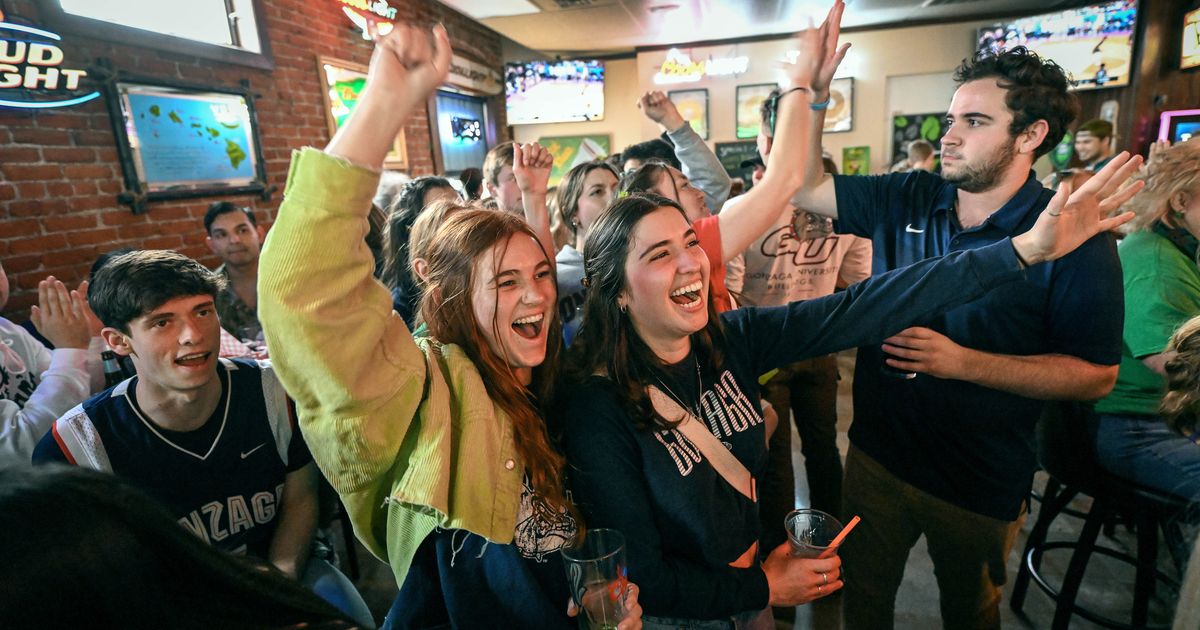 Most of the people from the Swinging Doors in North Spokane and Jack and Dan’s on the Gonzaga campus perimeter seemed to be there to support the Bulldogs, who opened the NCAA tournament against Georgia State. They sported blue and red Gonzaga colors. Others sported green shirts and green beads around their necks to celebrate St. Patrick’s Day. Turns out the Zags needed a little Irish luck too.

The environment at both bars was a bit subdued in the first half as the heavily favored Zags entered the locker room at halftime with a 2-point lead.

“I think people are pretty stressed out,” Robertson said early in the second half as the Bulldogs were still trying to pull away from Georgia State. “The first half was a bit too close for comfort, but we’re a second half team so I think we feel a bit better now that we have some separation.”

Robertson proved to be right, as Gonzaga took a late lead and advanced to Saturday’s second round with a 93-72 victory.

Some fans embraced their superstitions in hopes of a Zag victory.

Smoody said she put her white Reebok shoes on the wrong foot, a tradition that began last year with an accident when she put the wrong shoe on the wrong foot. But she went there last year and continues the act before every game in Gonzaga’s postseason tournament.

“They think it’s hilarious,” Smoody said of her friends.

Michael Tucci, another Gonzaga senior at Jack and Dan’s, said he’s worn the same Gonzaga jersey for every Zags basketball game since his freshman year.

Jeanne Tribbett wore a red tutu at Jack and Dan’s to be “outside the box”, she said.

Besides the team’s talent, she said the attire may have brought luck on Thursday.

Thursday was not just the start of the tournament but the first time – at least for many Zag fans – since the start of the pandemic that they had gathered unmasked in bars, cheering on the boys in blue and white.

“I think we’re all hungry to be back,” said Gonzaga senior Gill Smoody, who watched the game at Jack and Dan’s.

Senior colleague Alli Robertson said it was exciting to be with community members and students again.

“I think that’s something we kind of missed,” said Robertson, who stood and watched in a row with her friends at Jack and Dan’s.

Matt Crook, a Zag alum who returned to Spokane with his former roommate to watch the game, said he misses Jack and Dan’s rowdy surroundings after a two-year hiatus.

“Even last year with Jalen Suggs’ buzzer-beater, it just wasn’t the same not having the crowd vibe,” Crook said, referring to the freshman phenom and the last-second basket from the future NBA player who lifted Gonzaga over UCLA in the Finals. Four. “It was still amazing.”

Jordan Hilker applauded Gonzaga of the Swinging Doors during his “extended lunch break”.

“It’s great fun to be here with the fans again, just enjoying the game together,” said Hilker, who wore a No. 13 Bulldog jersey.

There should be a day off